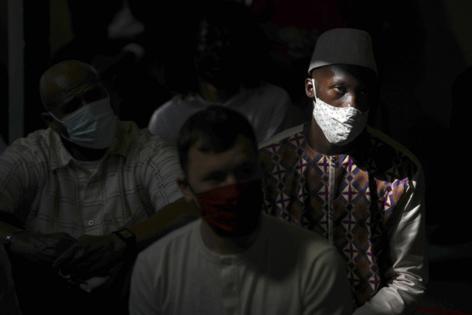 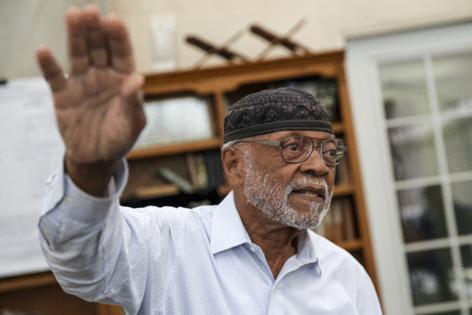 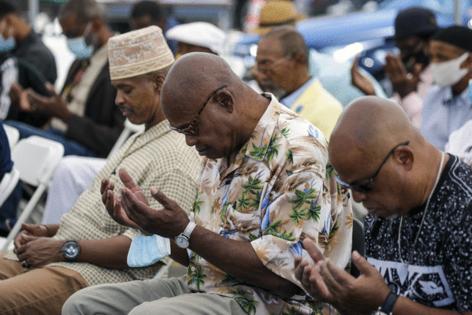 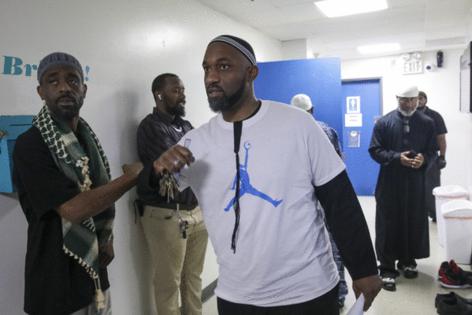 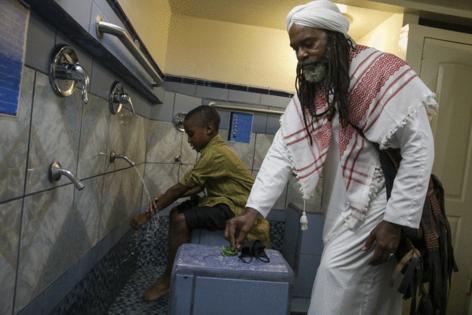 LOS ANGELES -- Beneath the glinting green dome of a mosque off Malcolm X Way in South Los Angeles, a spiritual leader in his late 80s is hammering home a vital message: African American Muslims must be engaged in their community and not let others make decisions for them.

Imam Abdul Karim Hasan embraced Islam more than 60 years ago after hearing Malcolm X. He recalls listening, mesmerized, as the fiery Muslim minister and civil rights leader recounted the history of slavery in America — and that many of the Black captives were Muslim.

The inspiration that Hasan drew from that wintry night in Connecticut still shapes his conviction that African American Muslims must dive into the politics that shape their lives.

"Malcolm was my teacher," says Hasan, 89, the slender leader of Masjid Bilal Islamic Center. The mosque founded a half-century ago is a place for spirituality, Hasan says, but worshippers must live in America — not the masjid.

"Why are you sitting back and letting other people make the rules, and you don't attend a council meeting to see what they're doing or saying?" Hasan asks. "You're not going to change anything sitting in your living room."

About five miles away, in a boxy tan building across the street from a barbershop called the Shave Parlor, stands another masjid and community center, Islah LA. Founded in 2013, it is led by Imam Jihad Saafir, who is 49 years younger than Hasan.

Together, the mosques and their imams represent the challenges — demographic, economic, political — as well as the potential of African American Muslims, a faith community that often receives less attention than immigrant Muslims, but whose U.S. roots stretch back centuries.

Hasan's decades of service are memorialized on a sign at the intersection of Central Avenue and Martin Luther King Jr. Boulevard: "Imam Hasan Square." Saafir hopes to expand on the legacy of Hasan and other elders while drawing in a youthful generation seeking spiritual sustenance and political guidance.

"We are products of their stories. We're younger, we want to move a little faster, we want to take a few more chances," Saafir says. "Imam Hasan, alhamdulillah, he is an elder to me. He is a very important part of, shoot, even why I'm here."

For Saafir, that means revering the past while providing services that help South L.A. today. "You can invoke Malcolm all you want, talk about him and his speeches," Saafir continues. "But these are some Malcolms here that you need to invest in."