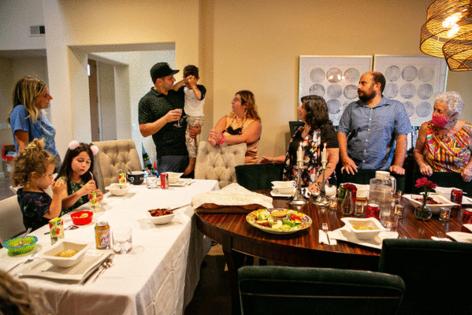 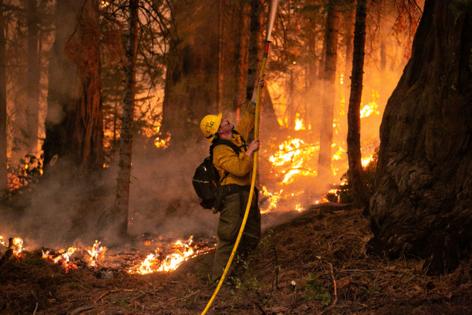 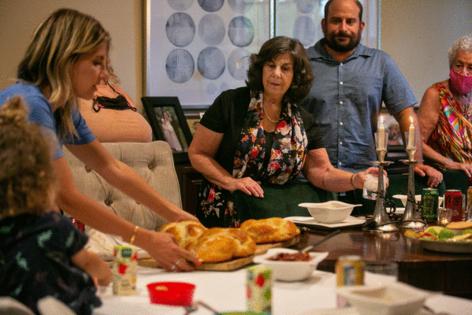 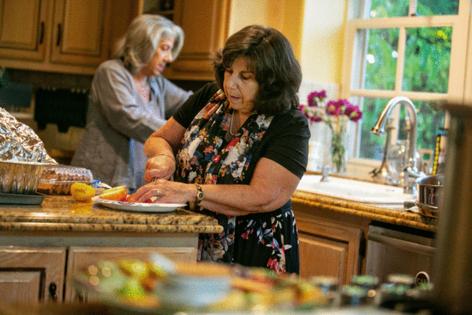 The rabbi still wears white, a symbol of purity and new beginnings, but instead of reading the Torah from the bimah, the synagogue's stage, he stands in an Airbnb in Santa Rosa, Calif., — his wife and children in the other room.

The actual synagogue, the center of Jewish life, is empty, and the winding mountain roads that lead to its doors are closed, patrolled by police and fire officials and sometimes the National Guard.

The Torah scrolls are not in their usual home, called an ark, nor are they with the rabbi in Santa Rosa. They have been evacuated from the temple and are resting in the empty upstairs bedroom of a congregant in Nevada, covered by a traditional white and blue tallit, or prayer shawl.

On Monday, congregants from three temples once near the path of the Caldor fire logged into Rosh Hashanah services on Zoom.

"We welcome this new year with renewed sense of resilience because we know that's what's called of us," intoned Rabbi Evon Yakar, 42.

Last month, the Caldor fire roared through Pollock Pines, displacing members of one congregation. Then, in the final days of the month — and the Hebrew calendar year — intense winds pushed the blaze toward the Lake Tahoe Basin, threatening to raze the homes of another.

On Aug. 30, thousands of people were forced to evacuate South Lake Tahoe, including many of the 65 families that make up Temple Bat Yam.

When the COVID-19 pandemic halted religious gatherings statewide and the Tahoe congregations moved Shabbat services online, a third temple, Temple Or Rishon in the eastern Sacramento Valley, joined them.

MARYSVILLE, Ohio — Leah Howard stood on a stage in the middle of a prison recreation yard and told the hundreds of women sitting in the rain and staring up at her that this was their time — their time to learn how to ...Read More