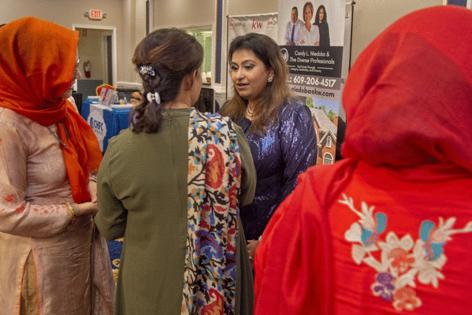 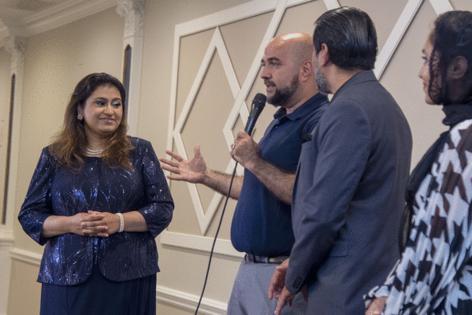 Muhsen also is the name of one of the half-dozen local and national American Muslim organizations to which Ejaz — an advocate, volunteer, and networker extraordinaire — devotes her time and her formidable people skills.

“In my head, I have a formula for life,” Ejaz, 37, said in an interview at GCLEA (Gracious Center for Learning and Enrichment), a mosque in Cherry Hill, New Jersey. She lives in the township with her husband, Umair Chaudhry, a software engineer, and their daughter, Anaya, 7.

From helping out with everything from vaccinations to voter registration, she said, “I grab any opportunity I can to benefit the community.”

Known as “Mookie” to friends and associates — 150 of whom attended a July 7 event to celebrate her election to the Camden County Democratic Committee — Ejaz “is a doer,” said Fozia Janjua, the first American Muslim to serve on the Mount Laurel township council.

“She was one of my biggest supporters when I was running,” said Janjua, one of 20 American Muslims elected to local political offices last year in the Garden State, according to the Muslim League of Voters of New Jersey.

Ejaz “encourages other women and people from the South Asian community to get involved,” Janjua said. “She wants everybody to succeed.”

Born in Lahore, Pakistan, in 1984, Ejaz grew up the eldest of four siblings in a middle-class household. Her family was politically active and believed girls as well as boys should be well-educated.

Her father, a successful businessman named Mohammad Tahir, “is my inspiration,” Ejaz said. She emigrated to the United States with her parents in 2002 — my father “is in love with America,” she said — and lived in Texas and Georgia before moving to South Jersey in 2007.

The event, called Prayer at the Heart of America, was organized by P....Read More