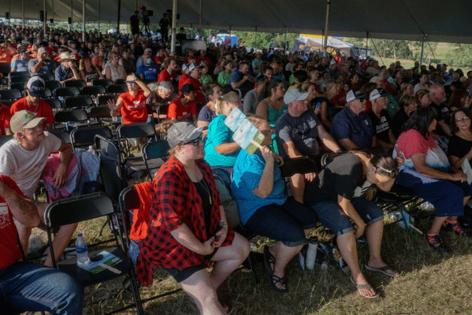 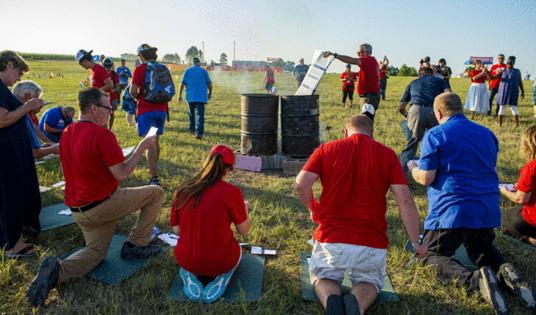 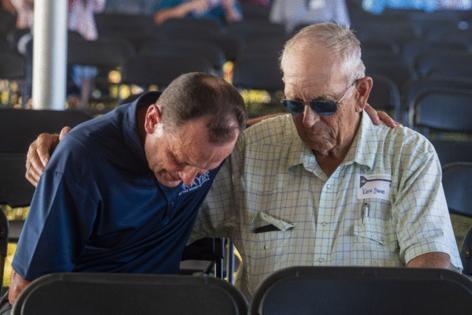 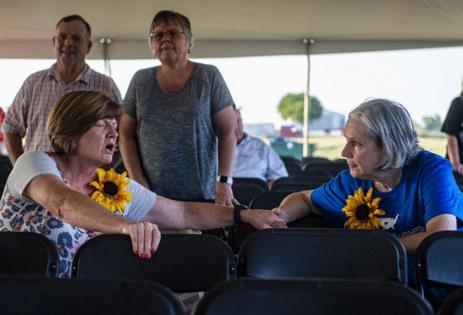 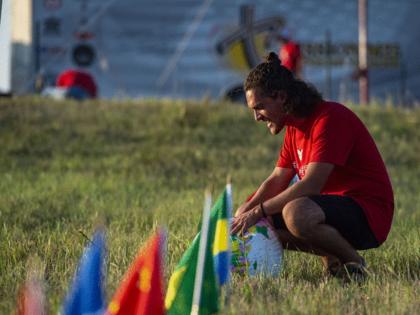 The event, called Prayer at the Heart of America, was organized by P. Douglas Small, president of Project Pray.

The website for the event states “Prayer At the Heart is a call to the family of faith, and the invitation is extended to everyone who believes that God is able to heal our land and that He is our hope for revival and restoration. Without question, our nation has turned its back on its Judeo-Christian heritage and foundation. The truth of God’s Word is being ignored and rejected. Our sin has increased, and the moral fiber of our nation has been defiled.”

Participants prayed specifically for healing in the racial and political division in America. In what the organizers claim was the first gathering of its kind, people came together for seven hours to pray in a field next to the geographic landmark. Songs of praise could be heard echoing in the fields nearby.

All 50 states had a representative that spoke words of prayer over their state. As each state was called to the stage, audience members cheered when their state was called. Those in attendance wrote names of people they knew on note cards that they believed needed prayer. Church leaders and representatives prayed for the names as the ceremony closed with an offering by fire where the cards with the names were burned.

I banged my head once again while under the sink trying to figure out why the faucet flow was reduced to a trickle. After a number of efforts and not a little consternation on my part, the source of the clog ...Read More

The news that Pope Francis will reimpose limits on the celebration of the traditional Latin Mass will disappoint and even enrage devotees of that ritual. But traditionalist Catholics who appreciated the revival of the old ...Read More

With a selfie stick decked in images of the old South Vietnamese flag, Vinh Hoang of Houston ...Read More