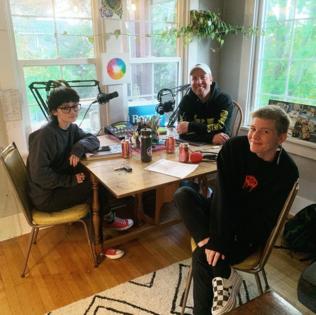 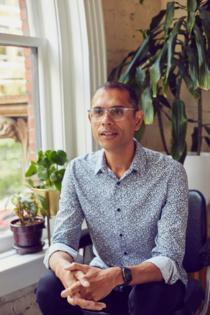 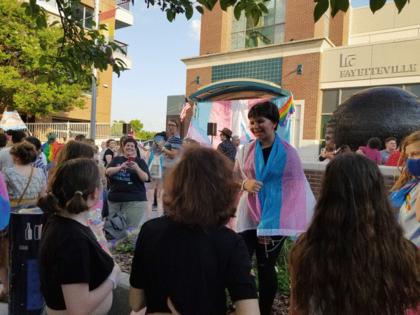 SEATTLE — It was Alex Churchman's mother who found Beloved Arise first. She was searching for a way to help her 13-year-old, who had been questioning his gender identity and hospitalized after an attempt to harm himself.

Ashley Churchman, who lives in Arkansas with Alex, saw an Instagram post by the Seattle-based organization, started last year to support queer youth of faith. She reached out to thank Beloved Arise for its work and ask for prayers.

"They just wrapped us up in their arms," Ashley said. A Beloved Arise volunteer posted about Alex and asked people to send him encouraging messages. Dozens did so. More letters and phone calls followed for Ashley.

It was, in a way, disorienting. A flood of love was coming from people she had never met, while in the church she had gone to for 15 years, Ashley said, she and Alex were getting different messages — "basically that Alex was choosing to be queer, and maybe if Alex would choose to follow God, his suicidal thoughts wouldn't be there."

Alex has since joined Beloved Arise's online youth group, Rebel, attending weekly meetings. "It's just a really nice place to share your struggles and not have people judge you for being human," he said.

That's the goal. Jun Young, head of Zum Communications, a small Seattle company turning into what he calls a "change agency," said he founded Beloved Arise to create a space for kids who feel like spiritual outcasts — "where they can just be themselves once a week, and feel OK, feel safe, and feel a kind of togetherness with other people of faith."

It is a mission born of Young's personal experience. In 2018, the 48-year-old came out as gay, and was told he would not be invited to serve another term on the board of CRISTA Ministries, a multimillion-dollar, Christian operation based in Shoreline that runs an international aid organization called World Concern. Young was the aid group's board president and that came to an end, too.

Beloved Arise is still a small operation, with just a half-dozen paid staffers and interns (Young, the director, does not draw a salary) and about $150,000 in revenue from donations in 2020.

But Young said the nonprofit has succeeded beyond his expectations. "I don't think we could have done it if COVID hadn't hit," he said, referring to how virtual meetings became acceptable and even sometimes attract a wider audience.

Rebel's Monday night meetings draw about 80 kids from all over the country and some 30 attend its Thursday night gatherings for international youth — from countries including Germany, New Zealand and South Africa. It is getting so much interest from other young people that Rebel is trying to figure out how it can grow while still keeping an intimate feel, said the pastor who leads the group, Scott Gronholz.

In targeting America’s second Catholic president with a threat to deny Joe Biden the Eucharist over his abortion rights support, U.S. bishops risk deepening what is already a destructive rift among the nation’s ...Read More