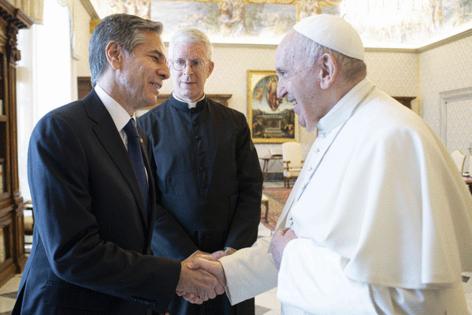 The 84-year-old pontiff is undergoing surgery for symptomatic diverticular stenosis of the colon, during which small bulges or sacs form from the wall of the large intestine. If left untreated and allowed to become more severe, diverticulitis can cause a massive infection or perforation of the bowel.

The Vatican said the pope was being treated at A. Gemelli Polyclinic in Rome, but did not specify when the surgery was scheduled to take place.

Pope Francis missed the New Year’s Eve celebration and New Year’s Day mass in the Vatican due to “painful sciatica.”