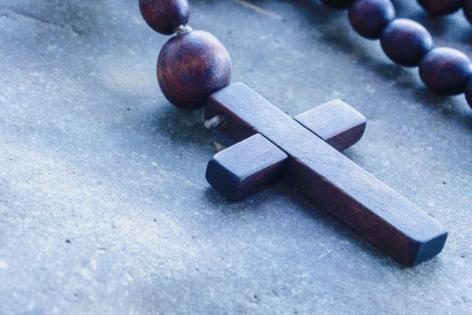 KANSAS CITY, Mo. — The Kansas City-St. Joseph diocese has failed to include nearly 20 priests on its list of clergy credibly accused of sex abuse even though they are named elsewhere, a victim's advocate group said Wednesday.

Those priests — including one convicted in Texas of trying to hire a hit man to kill his victim— all had ties to the diocese at one time, according to the Survivors Network of those Abused by Priests. The group plans to publicly release the names at an afternoon news conference.

"For nearly two years, SNAP has repeatedly pushed Bishop Johnston to add roughly 20 names to his 'credibly accused' list, largely to no avail," said former SNAP executive director David Clohessy. "Bishops elsewhere have, however, honored some such requests by SNAP."

A spokeswoman for the diocese said Wednesday morning that the diocese was aware of the news conference and was reviewing SNAP's complaints.

In 2019, Bishop James V. Johnston Jr. released a list of 24 priests he said had been credibly accused of sexual abuse of a minor, saying that "the dreadful scourge of sexual abuse of minors has wounded our entire family of faith."

But SNAP said 19 priests with connections to the diocese were left off the list. The group believes it's important that those names be listed so other potential victims can come forward.

One, SNAP said, was the Rev. John M. Fiala, who pleaded guilty in Texas in 2014 to charges of raping a boy at gunpoint. In 2012, Fiala was convicted of plotting to have the teen killed. Fiala died in prison in 2017.

The youth had accused Fiala of sexually assaulting him in 2007 and 2008. The abuse allegedly occurred when Fiala was a pastoral administrator at Sacred Heart of Mary parish in the West Texas community of Rocksprings.