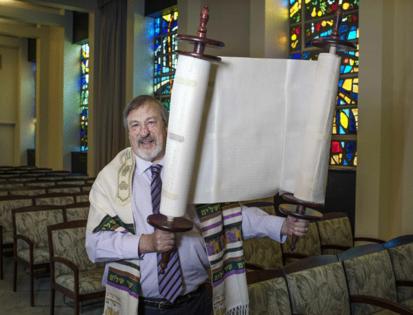 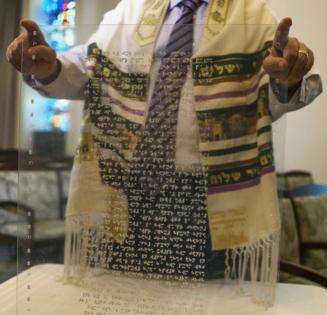 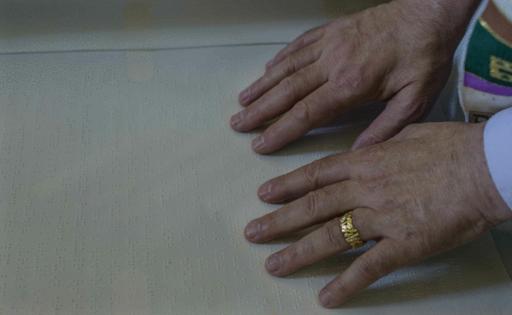 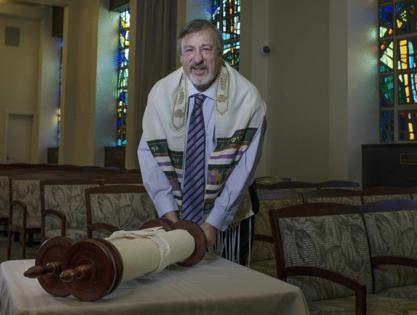 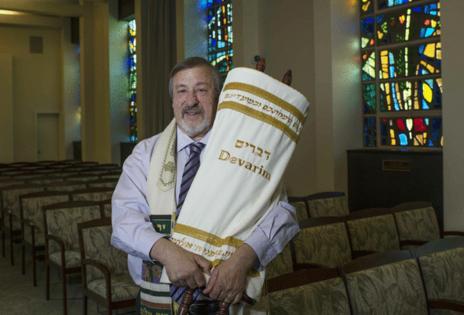 PITTSBURGH — Rabbi Lenny Sarko had a problem that was threatening to derail his career.

After spending years as an environmental scientist creating recycling systems for corporations nationwide, Rabbi Sarko realized he was done with all the travel and decided to pursue a job related to his one true passion: Judaism. That was 15 years ago, and since then, he has been embedded with synagogues in Indiana; Tampa, Florida, and Columbus, Ohio, before landing at Congregation Emanu-El Israel in Greensburg, Pennsylvania, where has been for the last two years.

Before moving to the Pittsburgh area, though, Rabbi Sarko suffered from a serious health scare. About five years ago, he experienced bleeding in his eyes as a result of Type 2 diabetes that left him with about 80% of his left eye’s vision but only 10% to 15% in his right eye. He can still mostly read, and his eyesight hasn’t deteriorated further, but the damage was also irreparable, and there are certain things he just can’t do anymore, such as driving at night.

“I kind of have a foot in both worlds, both those who struggle with vision issues and the sighted,” Rabbi Sarko told the Post-Gazette. “Being that and a rabbi, it put me in a rather different position than most people might ever find themselves in. ... Not being able to read was a potential horror story.

“As a rabbi, not to be able to have access to books was very scary to me,” he continued. “That started me to say, ‘OK, as a Jew, you find solutions.’ The first solution was to learn English Braille. After that, you start asking other questions like, ‘If there’s English Braille, is there Hebrew Braille?’ Yes. ... Then, I asked the question: ‘Is there such a thing as a Braille Sefer Torah?’ ”

A Sefer Torah is a sacred Jewish scroll containing the five books of Moses that usually is subject to strict rules regarding its production and how it’s to be read. After being unable to locate a Braille Sefer Torah currently in existence, Rabbi Sarko decided to take matters into his own hands and, after almost three years, created what may be the world’s first Braille Sefer Torah.

It was a fairly herculean undertaking, as standard Torahs generally cost about $25,000 a pop and take about a year for a scribe to complete, Rabbi Sarko said. His special Torah took so long to make because he spent an extra year developing a mistake-free process to manually poke Braille holes onto a scroll. Generally, scribes have to start over after committing even the smallest blunder, which meant he had to effectively eliminate any potential margins of error.

Now that he’s perfected the process, Rabbi Sarko says, “My plates can be used to make hundreds and thousands of Torahs” going forward. He said he can probably make a Braille Torah in four or five months by himself and one or two months if he has help.

Because Braille isn’t a language but rather a way to represent speech in a different way, Rabbi Sarko’s Torah is just Hebrew in Braille as opposed to a transliteration. Torahs are supposed to be read and not memorized, which a Braille Torah makes possible for blind and visually impaired Jews. A Braille Torah must be touched while reading it, which technically isn’t allowed under Jewish doctrine. Rabbi Sarko isn’t worried about that, though.

“In one respect, you’re telling a blind or visually impaired person they’re a full member of the community,” he said, “then you’re turning around and telling them they can’t do this. To me, that’s an important part, and I started to ask questions. ... Judaism across its millennia has always adjusted to context. How do we do a mitzvah in this situation?”