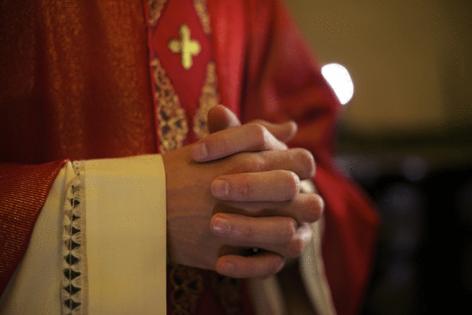 PITTSBURGH — A group representing some Pittsburgh priests and lay people issued its support for same-sex unions and LGBTQ people in response to the Vatican’s declaration this spring that the Catholic Church does not have the authority to bless same-sex unions.

In a statement released Monday, the Association of Pittsburgh Priests argued that the Vatican’s March report, which claims same-sex unions are sinful, was “pastorally unacceptable” and “insensitive to the loving, committed relationships of many members of the body of Christ.”

“We stand with LGBTQ people,” reads the statement, published by the diocesan-wide organization that claims roughly 300 ordained and non-ordained members.

“That has not been going on in the Pittsburgh diocese and none of our canonically ordained presently have done that. But that would be a matter of conscience of our members,” Sister Barbara said, noting that priests “would be taking a great risk” by defying the Vatican’s ruling.

Still, Sister Barbara said the association is committed to finding ways to welcome LGBTQ people into the Catholic Church.

“It’s very difficult to be Catholic and gay,” she said. “We want to embrace them and encourage them to continue to search out their relationship with God and also with their faith — no matter what the Vatican says.”

The association’s statement comes three months after the Vatican’s top doctrinal office, the Congregation for the Doctrine of the Faith, published a report arguing the Catholic Church cannot bless same-sex unions because they suggest “a way of life” that is not “objectively ordered to the revealed plans of God.” God “cannot bless sin,” concluded the report, which was released on March 15.

In his approval of the doctrinal office’s note, Pope Francis added that it was not meant to be “a form of unjust discrimination, but rather a reminder of the truth of the liturgical rite.”

The Pittsburgh priests association rejected Pope Francis and the Vatican’s claim in its Monday statement.

“Our Catholic faith and tradition compel us to respect and honor the faith journeys of LGBTQ people,” the association wrote. “We know that those who enter into committed relationships do so out of love which is divinely inspired and supported.”

In connection with its statement, the association sent a letter to Pittsburgh Diocese Bishop David Zubik on Monday requesting his “blessing on the ministries to LGBTQ people and their families here in our own diocese.”

In response to questions about the statement and the letter, the diocese sent this response: “The Association of Pittsburgh Priests is not affiliated with the Catholic Diocese of Pittsburgh. The Diocese has nothing further to add to the statement from the Vatican issued on March 15, 2021.”

Now his children, David and Celeste, along with ...Read More

When I was 7 years old, I liked to watch a futuristic cartoon character named George Jetson and his wife, Jane, on our old black-and-white TV. It was amazing to see George, and his boss, Mr. Spacely, on a video phone. This...Read More