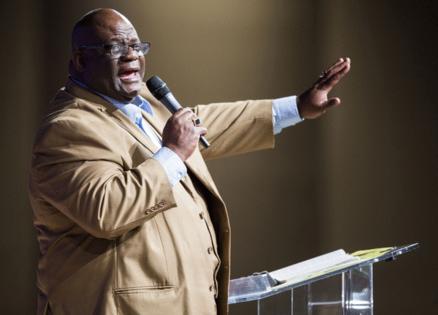 As thousands of members of the Southern Baptist Convention gathered in Nashville, Tennessee, on Tuesday to determine the future of the nation’s largest and most powerful evangelical Christian denomination, the Rev. Dwight McKissic Sr. got ready to consign the group to his past.

The 65-year-old Black pastor in Arlington, Texas, who has been affiliated with the Southern Baptist Convention for more than four decades, boycotted the group’s annual meeting in protest of its handling of racial justice issues and invited more than a dozen Black pastors to his church to watch delegates pick a new president.

At a time when the nation is divided on how to challenge social injustices, the Southern Baptist Convention is facing a showdown on the direction of the evangelical movement with key battles over racial justice, the role of women and how to handle sexual abuse within the church.

A moderate establishment wing of Southern Baptists seeks to welcome Black, Latino and Asian congregations into the fold, adopt a moderate approach on social justice issues and tentatively uphold critical race theory, a concept that racism is structural and entrenched in modern society. But a growing faction of ultraconservative evangelicals believes Southern Baptists have drifted too far to the left on issues of race and gender and seeks to counter what it views as a growing push to make Southern Baptists “woke.”

“This is a pivotal convention,” said Gregory Wills, a Southern Baptist historian and professor at Southwestern Baptist Theological Seminary. “There’s more polarization and conflict in the convention this year than there has been for at least 25 years.”

After months of controversy, more than 17,000 Southern Baptists registered for this year’s annual meeting — double the number that attended the 2019 gathering. On the eve of the convention, a wave of conservatives took to Twitter to declare their goal to #taketheship.

The struggle for the leadership of Southern Baptists comes as the leading evangelical denomination is losing members. Over the last 15 years, membership of the predominantly white group has declined from about 16 million to 14 million. But Black, Latino and Asian American churches have seen some growth and while younger evangelicals are still conservative, many are more liberal than their elders on social issues such as same-sex marriage, immigration and the environment.

In the last year, thousands of SBC churches have joined the Conservative Baptist Network, a new group of ultraconservatives that calls for a reboot of the group’s 1970s conservative resurgence.

Their critics, meanwhile, warn that a lurch to the right risks splitting the evangelical movement and provoking an exodus of pastors. Instead, they argue, the group that aligned itself closely with former President Donald Trump should seek to broaden Southern Baptists’ reach and step back from advancing an overtly Republican political agenda.

Now his children, David and Celeste, along with ...Read More

When I was 7 years old, I liked to watch a futuristic cartoon character named George Jetson and his wife, Jane, on our old black-and-white TV. It was amazing to see George, and his boss, Mr. Spacely, on a video phone. This...Read More

PHILADELPHIA – As an ordained deacon, Laverne Williams noticed in the 1990s that many congregation members at Black churches often went to clergy members for help with mental health issues. But honest conversations about...Read More