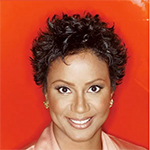 DEAR HARRIETTE: My friend's sister is one of the worst people I've ever met. I hate how she treats my friend. I've watched her steal from my friend, embarrass her publicly and try to harm her. My friend is a little older and believes that she has to be the bigger person in the situation because her younger sister obviously has some behavioral or emotional issues. I told her that the next time her sister takes her things without asking, tries to hit her or shows any type of violence toward her, she needs to call the police. Am I wrong for encouraging my friend to call the police on her younger sister? I think it's the best decision regarding my friend's safety. My friend worries that this might give her sister a record or embarrass her parents. I think my friend's safety is worth the risk. -- Call the Cops

DEAR CALL THE COPS: Start with a family intervention, if possible. Suggest to your friend that she gather other family members and friends who believe her sister needs help. First talk (without the sister) and agree on the idea that it is time to take things to the next level. Plan out carefully whatever you want to share with her. The wording should be clear and precise, but not inflammatory. Your goal is to have her hear what is being said and to be willing to be responsive. Then find a mental health professional who is willing to see her. Arrange for a meeting immediately after the intervention if you can.

Next, have your friend invite her sister to meet with her, and have the others assembled. They should state their case and encourage her to accept help. If she refuses, the next time she attempts to harm her sister, that's when to call the cops. For more tips on staging an intervention, go to: addictioncenter.com/treatment/stage-intervention/how-do-i-hold-an-intervention.

DEAR HARRIETTE: My boyfriend has stinky feet. That may seem trivial in the bigger scheme of life, but not for me. He started living with me earlier this year. Because we were mostly working from home, we were together a lot. Whenever he took off his shoes, I noticed the smell, but recently it has gotten worse. I do the laundry, so I know his socks aren't dirty. The last straw came when my bedroom started smelling like feet. I have to say something about this, but I don't want to hurt his feelings. What do you suggest? -- Smelly Feet

DEAR HARRIETTE: You have to talk to him. Tell him that his feet smell and you would like for him to clean them before he comes to bed. You can make it fun by purchasing a foot bath and Epsom salts. Invite him to enjoy a foot bath that has the added value of cleaning his feet of impurities and, hopefully, odor. Encourage him to shower before going to bed or, at least, washing his feet.

This may embarrass him at first, but I bet he will eventually feel better about having clean feet in bed with his girlfriend than the alternative.

DEAR HARRIETTE: My assistant has been doing a good job at work, so I offered her a promotion and a 20% raise. I was surprised and disappointed by her response. She said she thought the raise wasn't enough and that she ...Read More

DEAR READERS: Today is the anniversary of a dark day in our country. On Jan. 6, 2021, just when my family was about to celebrate my niece's birthday, the airwaves were filled with frightening images of Americans who were ...Read More

DEAR HARRIETTE: I'm going on vacation with some friends from my college later this month. We decided on this a long time ago, but COVID-19 delayed us. Everything is set. We are going to an island with the plan to lounge on...Read More

DEAR HARRIETTE: I turn 25 next year. I feel that I lost years 23 and 24 to the pandemic. As I transition into my mid-20s, I realize that I have no desire to get any older. The thought of getting older actually scares me ...Read More

DEAR READERS: Happy New Year! It's hard to believe that we have reached 2022. In some ways, the past year has seemed like a blur that actually lasted for nearly two years. The lockdown we collectively experienced -- which ...Read More