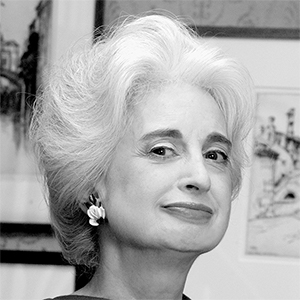 Expressing Sympathy Need Not Be Complicated

DEAR MISS MANNERS: When my son (now a young adult) was a young teenager, he met a very prominent musician. He was quite kind to my son, and inadvertently helped set his path to being a professional musician. My son wrote to him shortly after the meeting, thanking him for his time and kind words.

The musician has now died, and I want to send a condolence note to his widow -- who had helped arrange the long-ago meeting -- to express my sadness at his death and to thank her for the consideration they both gave to a young person to whom they owed nothing and from whom they could gain nothing. What they did was charming, gracious and generous, and we have not forgotten it in all these years.

I'm wondering about the appropriateness of using black-bordered stationery for the note. I have read that the border denotes the writer's, not the recipient's, mourning. Is it appropriate to use it in this instance, since I am sorry that the musician has died?

Obviously, I am not a primary mourner, since I was not a family member or close friend, but I want to be respectful. I am not sure if black-bordered stationery is over the top in this case.

GENTLE READER: When mourning customs were observed, there were specific rules about which ones applied to which mourners, and for how long. There were elaborate codes depending on the relationship to the deceased: One would mourn years for a spouse, but mere months for a distant relative -- or forever, in the case of Queen Victoria mourning Prince Albert. These codes applied not only to clothes, but to jewelry, handkerchiefs, wreaths on the door, and straw deadening the noise from the streets.

The system got so complicated that people simply dropped it. In Miss Manners' opinion, it should just have been simplified, because those symbols served as useful warnings about the state of the bereaved -- presumably preventing busybodies from telling them that they had grieved long enough and must start dating or having more children.

She doubts that the survivors here are using black-bordered paper, and would be surprised if you could even find any. But you need not try. Using it would be the written equivalent of showing up at the funeral covered in black veils.

What would be of comfort to the widow is a heartfelt letter testifying to her late husband's kindness and expressing your last appreciation. Surely your son will also write such a letter.

DEAR MISS MANNERS: When seated at a restaurant at which one's cutlery is wrapped in the napkin (linen or otherwise), does one unwrap the cutlery upon being seated, upon ordering or when the food is served?

I unwrap when seated, in order to place the napkin on my lap, but others have stated that is incorrect.

GENTLE READER: Who are these others who sit around concocting ridiculous etiquette rules, unsupported by either practicality or common sense?

Of course you put your napkin on your lap after being seated, even though it requires you to set your own flatware. There is no point in waiting until you have something to mop up.

(Please send your questions to Miss Manners at her website, www.missmanners.com; to her email, dearmissmanners@gmail.com; or through postal mail to Miss Manners, Andrews McMeel Syndication, 1130 Walnut St., Kansas City, MO 64106.)

DEAR MISS MANNERS: We have two sons in their 30s who were taught at a young age to say thank you, and were encouraged to write thank-you notes to the senders of gifts they received. We modeled gratitude in our behavior, as...Read More

DEAR MISS MANNERS: My boss and I recently discovered that we have similar religious and political views. Normally this would not be a problem, but he has now taken to coming by my office several times a day to talk about ...Read More

DEAR MISS MANNERS: My wife and I will be celebrating our 51st wedding anniversary soon, and we sent out electronic invitations to nine couples to share this occasion at our favorite restaurant.

The wife of one of the ...Read More

DEAR MISS MANNERS: I have a dear friend of many years who is now a member of a fundamentalist religion. I am an atheist. She has recently started saying grace out loud when we meet for lunch at a restaurant.

DEAR MISS MANNERS: My husband and I seem to have a different point of view about how tidy the house should be when visitors are expected to arrive. To that end, he will inform me if someone's planning to stop by.

DEAR MISS MANNERS: I am a reasonably empathetic person. I'm not a sob sister, but I do feel true sympathy for other people's misfortunes. But I have reached my limit.

If someone tells me that a family member has died, and...Read More