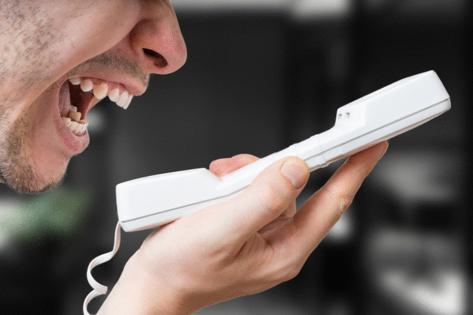 Do you know some well-balanced “sensitive” men? They feel comfortable showing a few emotions and talking a little more intimately than most men do.

If you do know such people, count yourself lucky. Tough, macho men are wonderful in superhero action movies. But dealing with such a tough character in real life is hard.

“I think I was born with too much testosterone,” laughs a basketball coach we’ll call Aaron. “I’m on my third marriage and finally catching on to how I operate. I need to work on myself!”

Aaron’s wife says he wants to command the ship. “He wants to feel he’s the boss all of the time,” she insists. “He won’t listen to my opinions, and he actually plots and schemes to get his way.”

Most family therapists declare it takes a year or more to infuse humility into these macho men. All sorts of factors feed this power trip. But, unchecked, it can destroy the people they love.

“Words can hit like a fist,” says a psychologist we’ll call Devon. “Macho men yell phrases such as these: ‘Did you not hear me the first time?!’ or ‘Are you deaf?!’ They’ve become expert at intimidating those around them. What’s worse, they feel no shame. They feel the universe put them in charge. It’s really disgusting from many standpoints.”

The hurtful disrespect such a man’s family feels often boils down to this: He makes them feel inferior, and often, worthless. His employees may shrink back and never contribute much, for fear of being criticized.

Logan says he got some advice. Here are techniques that can help:

— Get advice from a domestic violence expert. Verbally abusive people are often verbally violent. Their tirades can go on for hours. Diffusing the tension will require having emotional support.

— State one or two clear boundaries. You might say, “We won’t having yelling in this house. We’re not going to disrespect each other.” If you’re afraid of speaking boundaries, it’s time you planned to escape the relationship. Do this secretly with the help of others.

— Ask the perpetrator if you can have a calm discussion with him. Logan finally met with his son-in-law. Logan found out his son-in-law was worried he was going to lose his job. This fear exacerbated the son-in-law’s inner anger.

A family therapist we’ll call Phillip says he dreads dealing with macho men in counseling. “It takes me months and months to improve a tough guy’s approach to relationships,” says Phillip. “These men don’t think they are doing anything wrong. They see themselves as rulers, when no one died and left them boss, as the joke says.”

Phillip says he teaches this in marriage classes: “Let someone else’s daughter marry a macho man. Educate your daughters about sensitive males. If a woman wants to be heard, respected and treated well, that husband must act out this behavior before you walk down the aisle. The man has to have a soft side, or your marriage is already in a lot of trouble.”

Maybe it’s an old friend who has opposing political views. Or maybe it’s a neighbor who denies needed changes in your ...Read More