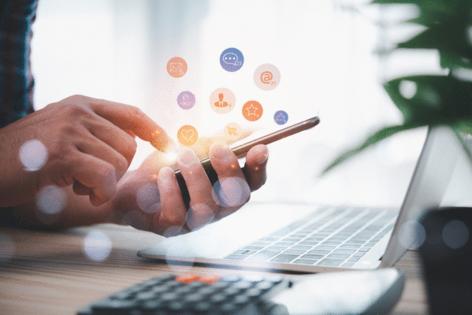 Q: I don't know what to make of Richard. I've seen him three times, including the trip upstate, and each time he indicated that he wanted to see me again, but I don't sense a whole lot of enthusiasm.

Before Thanksgiving, he had said he wanted to hear me sing and even asked if he could come to the studio. When we had dinner, he said he'd be happy to help me carry my gear to a performance.

His messages tend to be rather bland and he's not keen on phone conversations as he's a bit hard of hearing. What do I make of all this?

A: I appreciate all the feedback. It sounds like texting is clearly not his best mode of communication, so if you're waiting for him to miraculously get good at initiating texts, I think you'll be waiting a long time. That in itself isn't an issue necessarily. What may be is that he says a lot of things, but his follow-through seems to be lackluster. Rather than playing a game of chicken, seeing if he'll reach out before you do again, I'd send an honest text:

"Hi Richard! I can't tell from our texts how interested you are in continuing to see each other. I know I've really enjoyed every time we've gotten together and would like to continue getting to know each other. But our communication in between dates is sparse, and we don't have another date lined up, so I thought I would ask! Happy to chat on the phone if that's better."

"So I finally did it – I sent him a text today and said I didn’t sense enthusiasm to spend time with me or get to know me and that if that was the case, I didn’t want to waste his time or impose on him…"

(Note: This is not how I, Erika, would have phrased this message. I don’t think meeting a new person is ever a “waste of time,” and she sort of put herself down in the process.)

"… He responded this evening and said he didn’t see it as a waste of time and said he was very impressed with my talents and was jealous of my energy and drive, likes my sense of adventure and finds me incredibly interesting – but he doesn’t feel the click to pursue a relationship."

"I know it’s not what you wanted, but it’s always better to know."

Why did I share this interaction? Oftentimes when we’re in a situation, we think things are spontaneously going to change. Or we think someone can read our mind and suddenly know what we want. Generally, neither is true. In this case, Penny was having anxiety about Richard – not knowing why he continued to text yet not make plans. I wish Richard had had the courage to proactively call things off, but in the absence of him providing closure, I recommended that Penny seek clarification on her own. I know ignorance may seem like bliss, but in reality, knowledge is power.

No one’s life is perfect. You do the best you can with each day and hope it all adds up to something good in the end. It’s only human to have doubts about your own value. We all feel that way at times. Your life means ...Read More

LOS ANGELES — When filmmaker Tito Molina told his business partner and ex-girlfriend that he was attending a breakup retreat to help him heal from their recent split, she offered to help him pay for it.

I know I married a fairy princess. I like it when she flounces down the stairs, singing a little song, and the birds chirp in harmony.

Having a partner who catches your eye is very pleasant, and it’s less about how they...Read More

First dates can be, well, uncomfortable sometimes. There’s no denying that. From the sweat coming out of pores you didn’t know existed, to the awkward silences when you actually contemplate talking about how ...Read More

We’ve all been on bad first dates. Maybe your date doesn’t look like their photos, maybe your date was rude to the bartender or server, or maybe there just simply wasn’t a connection there. It happens. But perhaps ...Read More

Amelia Earhart once said, “The most difficult thing is the decision to act; the rest is merely tenacity. The fears are paper tigers. You can do anything you decide to do. You can act to change and control your life; and ...Read More