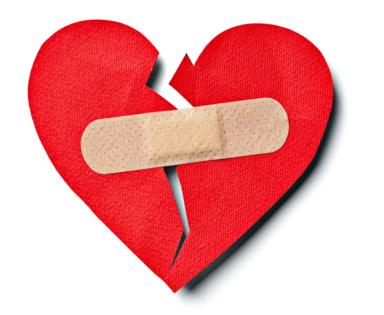 LOS ANGELES — When filmmaker Tito Molina told his business partner and ex-girlfriend that he was attending a breakup retreat to help him heal from their recent split, she offered to help him pay for it.

Molina’s ex ended their relationship in early September, a couple of weeks before their nine-year anniversary. Molina said the breakup was sudden and devastating. But leading up to it, he had felt as if they were the happiest they’d ever been given how well their production company was doing. After their breakup, he realized that his attention to work and not his ex’s needs had caused a strain in their relationship.

Molina, 35, had experienced previous breakups. However, he said this one hit him differently.

“I thought [she] was my life partner, so my identity was attached to her,” he said while sitting inside a lodge in mid-November during a 96-hour breakup retreat in Philo, Calif., about 130 miles northwest of San Francisco. “When I lost that, I lost myself and I was like, ‘I need help finding who I am.’ We live together. We have a dog together. We have a business together. We share friends. We share everything. Our lives were completely entangled, so it just felt like too grand of an undertaking for myself. I just knew I didn’t have the tools to get myself out of this.”

The day after their separation, Molina, who lives in Los Angeles, enrolled in therapy and began searching for wellness retreats. He came across Renew Breakup Bootcamp, a twice-yearly retreat for people who’ve gone through heartbreaks or struggled to find romantic partners.

The recent retreat took place over four days at the Land, a 162-acre Northern California retreat center. Retreat founder Amy Chan hosts another version of the boot camp in upstate New York during the spring.

Since Chan launched the experience in 2017, the retreats have welcomed dozens of female attendees who have participated in workshops and shared their personal stories in a safe space among strangers. This fall, Chan decided to welcome men and nonbinary people for the first time.

“I don’t think it’s as taboo as it once was for a guy to go to therapy or to go to a wellness retreat or to attend a community or men’s group. In fact, it’s kind of cool,” said Chan, 40, a relationship columnist for more than a decade for a Canadian newspaper, HuffPost and her own blog. “Like if you go to therapy, you’re going to be more attractive. So it’s interesting how the culture has changed, and I think that’s amazing.”

Chan, who lives in Vancouver, said demand from men wanting to attend the retreats increased during the COVID-19 pandemic and after the release of her 2020 book, “Breakup Bootcamp.” Therefore, she asked participants at two previous gatherings if they’d be comfortable with her opening the boot camp to men and nonbinary people.

I know I married a fairy princess. I like it when she flounces down the stairs, singing a little song, and the birds chirp in harmony.

Having a partner who catches your eye is very pleasant, and it’s less about how they...Read More

First dates can be, well, uncomfortable sometimes. There’s no denying that. From the sweat coming out of pores you didn’t know existed, to the awkward silences when you actually contemplate talking about how ...Read More

We’ve all been on bad first dates. Maybe your date doesn’t look like their photos, maybe your date was rude to the bartender or server, or maybe there just simply wasn’t a connection there. It happens. But perhaps ...Read More

Amelia Earhart once said, “The most difficult thing is the decision to act; the rest is merely tenacity. The fears are paper tigers. You can do anything you decide to do. You can act to change and control your life; and ...Read More

This last year has been tough for a lot of people, and it goes way beyond the pandemic, as we all know. Here are some things you can be grateful for, even in the middle of chaos.

First, having people gathered around your ...Read More

It seems like a natural progression: After matching with someone on a dating app like Bumble or Hinge, you exchange a few messages and the conversation is flowing well. So you exchange numbers … and most of the time, ...Read More