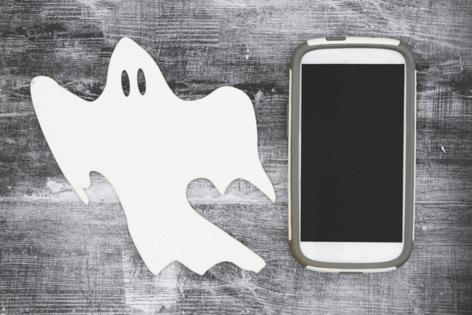 I have a former (male) client who has what I’ll call “a ghosting pattern.” He will text someone after a date he thinks went well to ask her out again. She doesn’t answer. He writes to her again. She doesn’t answer again. He writes again (maybe this time on Facebook and LinkedIn also) … you get it. While most of us can see she’s obviously not interested, some people just can’t (or don’t want to see it). So for the woman in this scenario, I can’t encourage you strongly enough to use a tactful yet firm form of this: “I’m no longer interested, but I wish you all the best.”

I have tried to get this client to stop sending messages after a nonresponse (or two). My other advice is to send a “closure text,” which is more for the person at the receiving end of the ghosting (my client) than the ghoster:

“Hey [person’s name], I had really enjoyed our time together and was hoping to do it again, so I’m disappointed I didn’t hear back from you. Just wanted to close the loop. Wish you the best.”

Let’s think about this: She got the message and made a deliberate choice not to reply. She looked at her phone, saw the text and decided, “No, I don’t want to reply.” Then she probably blocked you because now you’re being creepy with all the texts.

But it still wasn’t getting through. He thought he still had a chance with her since she never directly said “no.” And he didn’t want to send my closure text idea because he thought it would close the door. I tried to explain that the door was already closed!

Below is the advice I gave to the client to try to come at things from a bit of a different angle:

“I've never disagreed that the best way to reject someone is to actually reject someone. None of this no-response business. For that part, I am 100% in agreement with you.

But, not everyone is capable or comfortable (they lack courage, communication skills, etc.) to do that, unfortunately. Do I tell all of my clients to send a kind but first rejection text in order to provide closure? Yes, I do. But if someone doesn't give you the courtesy of doing that, you have to take her nonresponse as a proxy for rejection. While it doesn't give you the closure you need, it's still a ‘no.’

I want you to try going through this thought process instead:

So, I'm asking you to stop writing to women who don't get back to you. They've made it abundantly clear that they don't want to communicate. The only communication I'd like you to use after a nonresponse is a ‘closure’ type of message from you to them (as I mentioned above).

And that will have to be the same for you as her saying it outright. I've used messages like that before with men who have ghosted me (and there have been plenty — you're not unique in that way). It's just something that allows me (and, in this case, you) to be the bigger person and have the last word, essentially saying, I'm better than being ignored. Please notice the difference between this note and the ones you're sending. In yours, you keep trying for something you know is off the table. In this one, you're confident and expressive — and know how to end something. She has already closed the door. You just need to lock it. And deadbolt it. And throw away the key.

Rather than defending your patterns of behavior that are clearly not working,or sharing with me why you do what you do, it's time to change that pattern, and this is the perfect opportunity to do it.”

Bullies are not just limited to the schoolyard. Workplace bullies are all too common, as are bullies at home. And of course, there is no shortage of social media bullies, or those who like to make their demands known ...Read More

According to the Mayo Clinic, “suicidal thoughts are the result of feeling like you can’t cope when you’re faced with what seems to be an overwhelming life situation.” The tension and sadness of anxiety and ...Read More

Writing an online dating profile is daunting, but I probably don’t need to tell you that. As if talking about yourself isn’t hard enough already, you have to try to convey who you are, share your hobbies and interests,...Read More

We learn a lot in school, but unfortunately, information about work relationships is usually not offered, much less required, reading. Once you get into the working world, you may run into people who are difficult or don�...Read More

I have a client who is lovely. Let’s call her Julia. She’s 55 years old but looks 45 (which I rarely say!), she's extremely physically active, and she has a 1,000-watt smile. I’m helping her manage her Match.com ...Read More