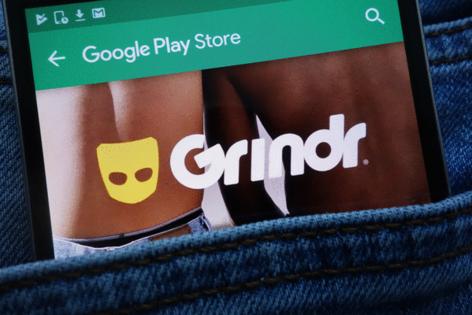 Corey Baker, a gay man in Columbus, Ohio, has seen many dating app profiles that include phrases like “Blacks — don’t apply.” Sometimes when he declines invitations, he said, men lash out with insults like “you’re an ugly Black person anyway.” And some of his friends have been slammed with the N-word in similar situations.

Many of these events occurred “when I didn’t think I was attractive or deserving of love,” he said. And they took an emotional toll. “If you’re experiencing a wall of people saying they’re not attracted to you, I think that does impact your mental health,” said Baker, who is 35 and a school librarian.

The notion of kinder, gentler rejections on hookup sites might seem like an oxymoron. Yet experts in sexual health — as well as users of gay meeting apps, like Baker — say the harshness of much online behavior can exacerbate low self-esteem and feelings of depression or anxiety. That toxic combination can also lead to impulsive and potentially unsafe sexual choices.

In response, Building Healthy Online Communities, or BHOC, an organization in the San Francisco Bay Area focused on HIV and STD prevention, has launched an effort to boost niceness on apps designed for men who have sex with men. “People in the LGBTQ community face discrimination externally, but we also have to acknowledge that there is discrimination within the community,” said BHOC director Jen Hecht.

Through surveys and focus groups, BHOC asked more than 5,000 users of nine gay apps how the sites could support better online behavior related to race, appearance, HIV status, age, disability, gender identity and other factors. It also sought advice on technical improvements the apps could make, such as offering users greater flexibility in conducting searches for contacts.

“If I can filter out people who wrote ‘no fats, no fems, no black people,’ I don’t even have to deal with seeing it,” wrote one respondent quoted in BHOC’s report on the data gathered from app users. Representatives for some of the participating apps said they welcomed the collaboration. “We’ve had a non-bullying policy since day one,” said David Lesage, marketing and social media director for Adam4Adam.

Mean online behavior is, of course, not limited to apps for men. When asked last month by email whether meeting sites that cater to the general population should also be trying to address the issue, Evan Bonnstetter, Tinder’s director of product policy, responded that the company was “unable to participate in this opportunity.” (Bonnstetter has since left Tinder.) Bumble, another site popular with heterosexuals, did not respond to a request for comment.

Gay and bisexual men, like other groups that face discrimination, have higher rates of depression, substance misuse and related mental health concerns. But John Pachankis, an associate professor at the Yale School of Public Health who studies gay men’s health, said his research has identified aggressiveness within the gay community as a major problem.

“I was initially quite surprised that gay men were consistently noting their treatment at the hands of other gay men as being a predominant stressor,” Pachankis said. Apps, he added, “are a site of a lot of potential rejection in a short amount of time in a way that is particularly anonymous and efficient and can be really detrimental.”

In one study, Pachankis and his colleagues simulated a gay app environment in which some research participants were exposed to dismissive comments and others to approving comments. (The comments were all computer-generated.)

Living through the pandemic for nearly two long years has actually given us opportunities to make our lives easier. Some new products and services out there can also make great gifts for friends and loved ones. If you are ...Read More

I have a new client who we’ll call Sally. She lives in San Francisco, she’s in her mid-60s, and she hasn’t dated in over 30 years, since before she was with her late husband. Let’s just say that dating has changed ...Read More

I was talking to a potential client recently who had signed up for a consultation call through my website. She told me that one of her friends had worked with me a few years ago. She’s in her late-60s, lives in New York ...Read More

Quadrupeds are great companions, but they are much more than that. These days they are our “fur babies,” and along with the unconditional love they naturally give, they also have a few things to teach us.