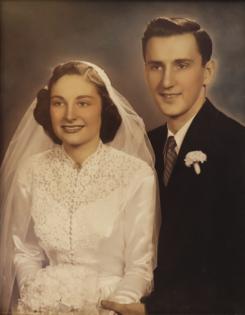 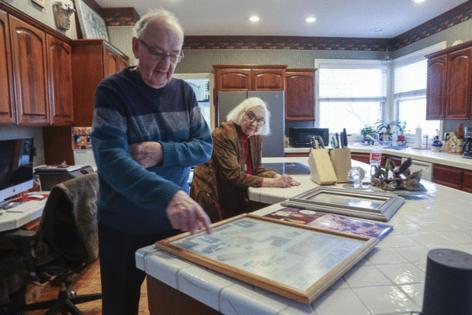 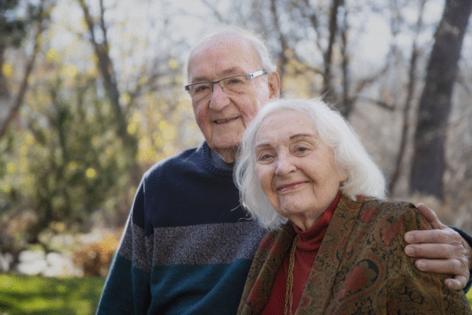 They watched as molten slag from the Duquesne (pronounced doo-kane) Works, home of the world's largest blast furnace, Dorothy Six, was brought by rail car to the top of a hill and dumped.

"You'd go out with a boyfriend, and they drive the car, and we go over and park and watch the steel residue being dumped, flaming down the mountainside.," Gloria Skurzynski, now 91, recalled in an interview. "I mean, that's the date."

More than seven decades later, the Skurzynskis are still together. On Wednesday, the Boise couple celebrated their 70th wedding anniversary.

Their secret for staying together for so long?

"We give each other space," said Edward Skurzynski, 92, a retired rocket scientist. "I had my career, and Gloria took over most of the household things. Then I retired, and then she went out like a cannon doing her writing, and I'd stay in the background."

Gloria Skurzynski wrote 64 books for young readers. Her first attempt at professional writing was rejected 58 times before it was accepted for publication in Teen magazine.

She found success with children's novels, including a series of books published by the National Geographic Society called "Mysteries in Our National Parks," co-written by the couple's daughter, Alane Ferguson. Many of her books are available at the Boise Public Library and online at Amazon.

"I attribute everything to family, the closeness of family, being able to visit our five daughters no matter where they were," Gloria Skurzynski said.

The couple, who moved to Boise 20 years ago, met when Gloria Skurzynski was a student at the all-women's Mount Mercy College, a Catholic school in Pittsburgh now known as Carlow University. Edward Skurzynski went to school 30 miles away, at Washington and Jefferson College, an all-male school in Washington, Pennsylvania.

A client sent me a text recently asking, “Can I ask you? Why am I still single? In your opinion? Maybe I’m not putting enough effort in? I want love to find me! Arghhh!”

I actually get questions like this more often...Read More

We all want to feel inspired in our lives, and it’s good to get into the habit of seeking inspiration rather than expecting it to find you.

As a writer, I am always looking for new things to write about. The ideas that ...Read More

You can show your love in a million or so ways. Here are a few more to help you deepen and sweeten your relationship. You may already be doing some of these. If not, pick one or two and see how it goes.

As Thanksgiving is upon us, it’s time to put aside our pride and simply be thankful for the blessings we have in life: our health, our family… and dating apps?

In this day and age, we can do just about anything with ...Read More

It’s Thanksgiving, and another pandemic holiday season, even though many thought we would be done with all of this. Thankfully, vaccines are available this year, which reduces the issues families will face.

But many ...Read More