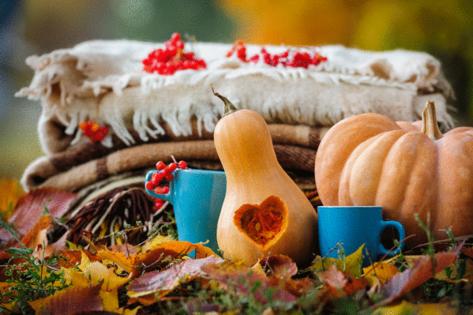 As Thanksgiving is upon us, it’s time to put aside our pride and simply be thankful for the blessings we have in life: our health, our family… and dating apps?

In this day and age, we can do just about anything with technology: Read a book without flipping a single page, have groceries delivered with the click of a button, see our friends on the other side of the world on our screens, look at all of our ex’s Instagram pictures (wait a minute… don’t do that!), and, of course, even find a date.

Aziz Ansari noted in his 2015 book, “Modern Romance,” that a 1932 study showed that one-third of married couples had previously lived within just a five-block radius of each other. Case in point: My parents were next-door neighbors, and they celebrated their 41st anniversary this year.

Let’s compare that to our own dating experiences. We sign up for a dating site like OkCupid or Bumble. We swipe and send messages to a number of people. Some respond, some don’t. We line up dates with those who do (well, the ones who don’t flake or ghost anyway). Quite a different story, huh?

In the spirit of Thanksgiving, in addition to being thankful for our friends and family and our health (especially this year), I’d also like to share five reasons we should be thankful this year, as it relates to dating:

Do you think the Pilgrims had a way to meet people across the Mayflower, let alone across the world? Their best place to flirt was likely over the ear of corn they were growing, not on their couch in their pajamas using some newfangled technology we like to call the interwebs. Now it’s easy as pumpkin pie.

We live in a time when, for most of us, the choice of the person we date and/or marry is ours and ours alone. Of course, parents have some influence in this decision, as do friends, but you ultimately get to choose the person who makes you the happiest. Arranged marriages were the norm worldwide until the 18th century. I feel lucky to live in this day and age.

A study published in November of 2013 by Kevin Lewis, a University of California San Diego sociologist, suggests that racial barriers to romance are not as insurmountable as we might suppose. He did his research by analyzing the patterns of 126,134 OKCupid users in a two-and-a-half month period. He found that, while people often still mainly reach out to others of their own racial background, they are, however, more likely to return an email from someone of another race than previous research would have led to us to expect. And, once they have replied to a suitor from a different race, people are then more likely to initiate interracial contact in the future. OkCupid also now has so many additional choices for sexual orientation, ranging from sapiosexual (someone who finds intelligence the most sexually attractive feature) to homoflexible. We’ve come such a long way… the rest is just gravy at this point.

4. There is more gender equality, especially with online dating.

While I am still a proponent of chivalry when it comes to opening doors, I also strongly encourage women to reach out first online with a short and sweet message if someone strikes their fancy. And on Bumble, the woman has to write first.

I know it’s sometimes exhausting after a long day of work to motivate yourself to meet someone new, especially when you just want to be a couch (mashed?) potato. But, it’s also exciting to think that someone you meet — maybe the next date — could alter the rest of your life in some way. Maybe you’ll get butterflies, maybe you’ll learn a new recipe, or maybe you’ll simply hone your conversation skills. Regardless of the outcome, take advantage of the fact that you get to meet new and interesting people.

I hope everyone has a wonderful holiday. Happy dating!

It’s Thanksgiving, and another pandemic holiday season, even though many thought we would be done with all of this. Thankfully, vaccines are available this year, which reduces the issues families will face.

But many ...Read More

We are all human, and none of us is flawless. Even Albert Einstein and Steven Hawking made mistakes, so you’re in good company. I also think we all have done things to mitigate or even get away with our mistakes, which ...Read More

Every year, without fail, the holiday season sneaks up on me by surprise. One minute I’m sitting on the beach, and seemingly the next I’m handing out candy to trick-or-treaters. In a blink, it will be Thanksgiving, ...Read More

CHICAGO — Excel sheets with proof of vaccination alongside RSVPs. Questions about whether a bar for an after-party checks vaccine cards. Disagreements about whether people want to test, or be around people who won’t ...Read More

A male client of mine went on 12 dates with a woman over a few months. (For what it’s worth, if you’re still counting the number of dates at this point, I have to wonder why.) My client is looking for a long-term ...Read More

There are a million ways to show the one you love just how much you care. These actions can make the difference between a mutually supportive and emotionally engaging relationship and a languishing one. The more energy you...Read More