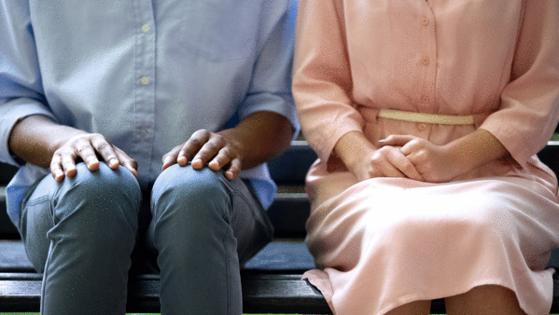 A male client of mine went on 12 dates with a woman over a few months. (For what it’s worth, if you’re still counting the number of dates at this point, I have to wonder why.) My client is looking for a long-term relationship and wasn’t sure how this woman felt about that. (They had only merely kissed, by the way, and had not progressed to any more physical intimacy.) I encouraged him to ask her, simply, “What are you looking for?” He did, she freaked out, and she sent him this text the next day:

“The day has turned out busier than I expected so no opportunity for a call. I’ve enjoyed getting to know you, but I need to tell you that I’m just not in a place where I want to be in a relationship right now. You are a very nice person, and I do not want to give you mixed signals. Thanks for understanding.”

First, after that many dates, a call would have been much more personal and appropriate, but so it goes. Given that my client wants a relationship, and this woman does not, that should be the end of things, right?

Four days later, she emailed him saying she’d like to get together for a “friend walk.” I don’t inherently think she’s wrong for wanting to be friends. She put out there what she is — and isn’t — looking for, so now it’s my client’s choice to decide how much to include her in his life.

Here’s the problem: He thinks she’s going to come around. He wrote to me, “I plan to go into it to listen to what she has to say and find out whether she just needs a bit more time for a relationship to develop between us. She has not said anything to suggest ‘it is me.’ The door is definitely not closed.”

Here’s where I beg to differ.

Once someone explicitly says, “I don’t want to be in a relationship,” it is up to you to take those words at face value and never assume that person will have a change of heart. That will lead to disappointment.

She then invited him on an international trip. As friends. And he agreed to go. “My gut is to go on the trip and see how this plays out. Also try to spend more time with her between now and then to give us more face time.”

Having to employ tough love, I said, “[She] has told you in no uncertain terms, over and over, that she does not want to be in a relationship. It’s clear she likes you as a person and enjoys time with you, but I don’t think it will ever progress past that… because she has stated that it won’t. So, I think you should do whatever you want with the trip or otherwise, fully knowing where you stand. She has put it out there, so now it is on you to decide what you will accept and what you won’t. All you can do is go based on the information you have today. I don’t want you to hold out hope for something she told you may very well never change.”

It’s frustrating sometimes because I want what’s best for my client. And to see him deluded into believing that she’ll change her mind or see something in him that she hadn’t before will lead to more frustration.

But in the end, all we can do is listen to people, take them at face value, and operate based on that information. Nothing more, nothing less.

There are a million ways to show the one you love just how much you care. These actions can make the difference between a mutually supportive and emotionally engaging relationship and a languishing one. The more energy you...Read More

Working in a garden, sitting quietly with a drawing pad or writing tablet, sewing or doing needlepoint: All are examples of simple, relaxing activities. They are often spoken of as mindful activities, as they fully involve...Read More

Starting the online dating process is scary but exciting. You take some nice photos, whip up a witty profile and start scrolling through all the possibilities, which seem endless. But if you’re like most people, the ...Read More

In this era of COVID-19, etiquette has often taken a back seat to bad manners. Many of us have witnessed an epidemic of disrespect and rudeness related to the precautions we are taking to protect ourselves.

We all need a boost sometimes, especially when something goes wrong in our world. When this happens to you, look around you, remember that you started with nothing, and know that everything you see, you created. Here are a...Read More

The new season of "The Bachelorette" started back up this week, and, let’s just say, I’m addicted. (I could claim that I watch it for “work purposes,” but I’d be lying.) Now, why am I telling you my taste in ...Read More