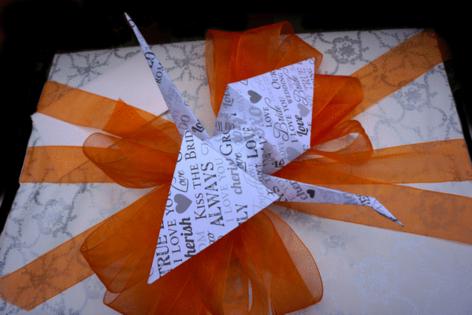 After the first year of the pandemic put many nuptials on ice, Americans started getting married with a vengeance when summer arrived. Even now, couples are still rushing to tie the knot — albeit with additional precautions given the latest infection wave.

Were it any other time, this matrimonial flood would have family and friends scrambling to buy gifts, a prospect made worse this year due to supply-constrained retailers and pumped-up prices.

But there’s a silver lining to this race to the altar that may make your task a little easier: All newlyweds seem to want is cash.

About 80% of couples on wedding registry and planning website Zola receive money, according to the company. Meanwhile, roughly 30% more cash gifts were created and given via the online platform The Knot between January and July, compared to the same period two years ago, the company said. Honeymoon funds are the most popular ask, but virus-weary couples are also requesting money to pay for romantic dinners, massages and even fertility treatments.

“The pandemic has made society in general rethink priorities,” said Kristen Maxwell Cooper, vice president at The Knot. An experiences-over-material-things mentality is “resonating with more and more people.”

COVID-19 helped accelerate the adoption of cash gifts, which were already gaining popularity as people became more comfortable with asking for money. After all, millennials and Generation Z came of age in the GoFundMe era, and thus are less likely than their elders to see crowdfunding as unseemly.

There’s also the fact that Americans are getting married older, which often means couples already have enough of the household items that typically fill a wedding registry.

Moreover, Americans in their 20s and 30s are grappling with ever-larger student loans as salaries fail to keep pace with the skyrocketing tuition charged for higher education. Finding ways to shave off some of that debt is exceptionally important to couples hoping to get a mortgage with favorable terms.

“As we see couples think about their financial goals and think about their future together, they see cash as a more enticing, pragmatic option,” Maxwell Cooper said. “They may not need wedding China. They made not need new sheets. But they have student loan debt.”

Some are using cash gifts to pay for the wedding itself, a trend that was taking shape before anyone heard of the novel coronavirus. Back in 2019, Jenn and Jillian DeSimone of New York City essentially crowdsourced their nuptials. Friends and family chipped in to offset the cost of items ranging from the wedding dress to ice cream served for dessert. The couple also set up a student loan fund.

This is the week of the Jewish High Holidays, and a lot of Facebook and Instagram posts show photos of people around a long Rosh Hashanah dinner table with family and friends. (I personally don’t do anything for the ...Read More

They say you don’t want to die with regrets. And after living through the last year and a half, you are likely to have a few — mostly related to what you didn’t do before the pandemic, when you could have done almost...Read More