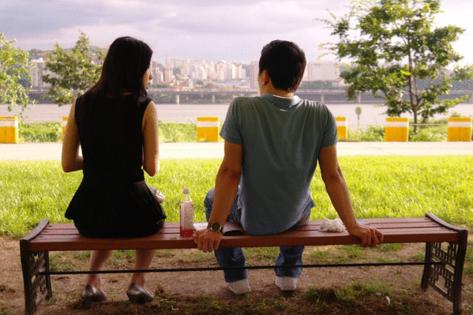 I recently remembered this article in Business Insider I read a few years ago titled “Posing this simple question to a first date will help you decide if you have a future together.” As a dating coach who gives plenty of first-date advice, I was obviously curious to see what this “simple question” could be.

I tell my clients to start a date with “How was your day?” to get the ball rolling and show that they want to hear what the other person has to say. Or maybe it was going to be “What’s your ideal Sunday morning?” to see if you have similar lifestyle habits.

Sadly, it was not.

Instead, it was: "So how come someone as wonderful as you is still single?"

(And the reason it popped into my mind was because a client was asked this question on her date the other night, and she frantically reached out to me the next day asking what the heck to say!)

To start, this question is a backhanded compliment, with undertones of “What’s wrong with you?” or “Why does no one else want you?” This question immediately puts the person at the receiving end on the defensive, when that person has nothing at all to be defensive about.

At best, the person can deflect this question by saying something like, “Aren’t you lucky that I am?” or “So I could meet people like you!”

But this is just a way to move past the uncomfortable part. Remember that being single is not a crime. In fact, it’s a valid life choice that many people desire.

Asking why someone is still single also implies that being in a relationship is the one and only best outcome for everyone. That’s simply not the case. I’d much rather be judged for being “still single” than in a relationship that doesn’t fulfill me or that makes me feel badly about myself. Yet, in some people’s minds, relationship status overshadows single status every time. Let’s end that antiquated thinking.

When you go on a date, the focus should be on the present, not the past. For that reason, I discourage my clients from discussing past relationships on the first date. (And this question often leads to a discussion about the past.) I want to make sure they have some rapport first before getting into the details of a divorce or breakup. Talking about prior relationships often brings up difficult feelings, usually negative, and takes the tone of the date down. Talk about things that make you happy, what you like to do, and who you are as a person… not who you used to be, and who you used to be with.

The author’s rationale is someone will either hold him or herself accountable for the last relationship ending or not. That’s some deep stuff for a first date.

I’d argue that you can learn just as much, if not more, about someone by asking “How was your day?” If someone goes into a tirade about his or her boss not being fair, that is very telling. Or if someone is so excited because of a surprise free lunch buffet at work that day, that also gives us useful information.

So do you want to know one surefire way to doom a first date? Ask "So how come someone as wonderful as you is still single?"

I’ve seen a lot of articles lately about young people making the decision not to have children, as I did. Here’s a perspective from someone who made that choice — and now isn’t so sure it was the right one.

I have been lied to by so many contractors, I would be surprised if there weren’t an internet course on how to swindle your customers. Arguments, yelling, threats and just plain meanness over a few bucks makes me sick. ...Read More

I got this text from a client last week saying, “I really want to solve this issue of men mentioning their exes! Or maybe that’s just normal? Does that happen to other clients on every first date?”

And then this ...Read More

Most suicides do not take place at the winter holidays, like most people think, but happen toward the end of July and in August. At this time of year, being aware of how the people we love are feeling is even more ...Read More