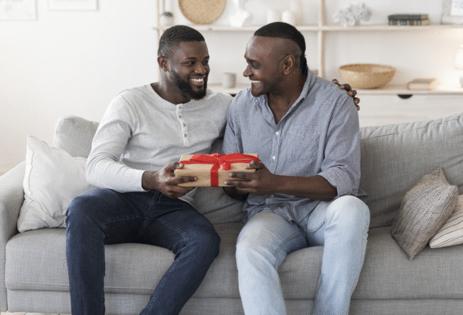 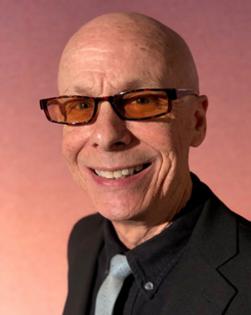 I look forward to writing this column every year, a chance to honor my father’s memory and his legacy. I am the proud son of a former Chicago Tribune reporter, Peter Charles Goldsmith, who taught me everything I know about being a newspaper man. I guess you could say writing is in my blood, but more accurately my dad is in my soul.

My dad was a good man, and these days that is a rarity. As I get older, I find that many of the things he predicted I would face have come to pass.

Having a little warning was helpful, but even he didn’t foresee a pandemic.

Still, my dad’s advice still rings in my ears. “Never lift anything heavier than you are,” “Always face life with a sense of humor, or the joke will be on you,” and “It’s OK to buy, but don’t be sold” were some of his better ones. Even now I seek his counsel in my thoughts.

Many kids grew up without a father. My own nephews had that experience. I tried to be there for them, but there is no replacement for your dad. I know my own dad didn’t do everything right, but the stuff he did well left an impression on me. After the Trib, he started his own PR firm and had a side hustle of photographing and producing the first wall-size photo murals. I still see them today in the oddest of places, mostly on TV, but there’s even one on Amazon’s screensaver.

He was cool, but his best characteristic was the depth of his love. I love my wife to pieces and show her every day, and he did the same thing with my mom, and that wasn’t always easy. When he went through a bankruptcy, Mom didn’t take it so well when we had to quit the country club, but a few years later, he started one of his own. The man loved his golf, a game of cards, and his cigars.

Yes, he had some bad habits, but he was a good guy, and that’s all that mattered to me. We had a comfortable life, and he took care of the whole family. Just him and his one-man shop. There were tough times and sweet ones, and he was pretty healthy up until the end. When he was dying, I flew from Los Angeles to Las Vegas every weekend to be with him, and he lived longer than the doctors predicted. I don’t regret a moment of the time I spent with him; that time will always stay with me.

If your dad is around, remind him of your favorite memories of being his kid, and spend some time looking into his eyes and really connecting. I know it may sound a little hippy-dippy, but that stuff really gives you a connection that you can’t get from anywhere else.

If you are a dad, you are a lucky man (yes, even if the kids are a pain in the butt). Having a family is the best part of life, even if you have your issues. It’s way better than growing up or being a grown-up without one.

It’s interesting. Clients aren’t shy to share with me when they’re not happy or not having “luck” in the dating process (breakups, ghosting, etc.). Yet when they are happy (relationships, marriage, etc.), I often...Read More

Longer days and warmer weather are on the way. For most people, summertime is a good time of year. It can also be very helpful for people with seasonal affective disorder (SAD).

But many others may feel pressured by the ...Read More

I have been writing this column for 20 years. I can think of a few things I’ve done for longer, like brushing my teeth, but I think this could be considered a good run. I have no intention of stopping, so no worries ...Read More

In the dating world, the worst part of winter isn’t the cold weather or the lack of daylight hours (or, ahem, COVID-19). It’s the limited options for creative dates. Seriously, there’s only so many happy hours inside...Read More

As we continue to navigate the current emotional landscape of living through a global pandemic, most people are feeling that their valleys are way outnumbering their peaks. It is still hard to relax, feel balanced and find...Read More

There were very few silver linings to the past year of battling the COVID-19 pandemic, but one was this: People stopped using the “I’m not feeling well” line to get out of everything from work and Zoom calls with ...Read More