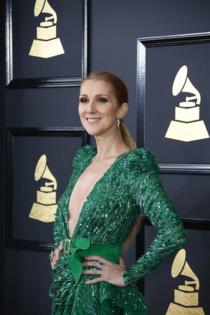 The iconic singer announced the news in a video posted on social media and said she has postponed her 2023 tour.

“While we’re still learning about this rare condition, we now know this is what has been causing all of the spasms I have been having,” Dion said. “Unfortunately, these spasms affect every aspect of my daily life, sometimes causing difficulties when I walk and not allowing me to use my vocal chords to sing the way I’m used to.”

What is stiff-person syndrome?

The National Institute of Neurological Disorders and Stroke describes the syndrome as “a rare neurological disorder with features of an autoimmune disease.”

“SPS is characterized by fluctuating muscle rigidity in the trunk and limbs and a heightened sensitivity to stimuli such as noise, touch and emotional distress, which can set off muscle spasms,” NINDS said.

Only about one or two in a million people are affected by stiff-person syndrome, according to Johns Hopkins Medicine.

Spasms from the disorder can be triggered by “sudden movement, cold temperature or unexpected loud noises,” according to Johns Hopkins.

What are the symptoms of stiff-person syndrome?

Symptoms of stiff-muscle syndrome include “pain, muscle stiffness and aching discomfort,” according to the Cleveland Clinic.