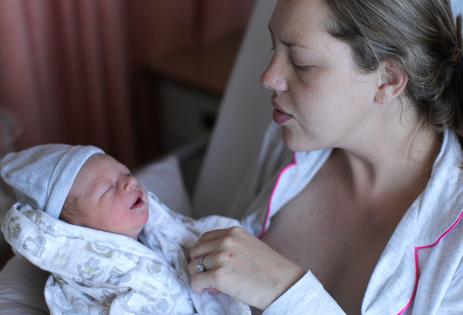 Preventable failures in U.S. maternal health care result in far too many pregnancy-related deaths. Each year, approximately 700 parents die from pregnancy and childbirth complications. As such, the U.S. maternal mortality rate is more than double that of most other developed countries.

The Department of Health and Human Services declared maternal deaths a public health crisis in December 2020. Such calls to action by the U.S. Surgeon General are reserved for only the most serious of public health crises.

In October 2022, the Centers for Disease Control and Prevention released new data gathered between 2017 and 2019 that further paints an alarming picture of maternal health in the U.S. The report concluded that a staggering 84% of pregnancy-related deaths are preventable.

However, these numbers don’t even reflect how widespread this problem could be. At present, only 39 states have dedicated committees in place to review maternal deaths and determine whether they were preventable; of those, 36 states were included in the latest CDC data.

I am a therapist and scholar specializing in mental health during the perinatal period, the time during pregnancy and postpartum. Research has long demonstrated significant mental health risks associated with pregnancy, childbirth and the year following childbirth. The CDC’s report now makes it clear that mental health conditions are an important factor in many of these preventable deaths.

The staggering number of preventable maternal deaths – 84% – from the CDC’s most recent report represents a 27% increase from the agency’s previous report, from 2008 to 2017. Of these pregnancy-related deaths, 22% occur during pregnancy, 13% during childbirth and 65% during the year following childbirth.

This raises the obvious question: Why are so many preventable pregnancy-related deaths occurring in the U.S., and why is the number rising?

For a pregnancy-related death to be categorized as preventable, a maternal mortality review committee must conclude there was some chance the death could have been avoided by at least one reasonable change related to the patient, community, provider, facility or systems of care.

Take, for instance, the example of a new mother dying by suicide from a mental health condition, such as depression. Patient factors could include her lack of awareness about the warning signs of clinical depression, which she may have mistaken for difficulties with the transition to parenthood and perceived personal failures as a new parent.

Got a loose button on a jacket but don't have time to sew it back on just yet? Use a dab of clear nail polish on the threads to hold it in place ... until you can find your sewing kit, that is.

When you get to the top, stay there and make sure other women join you.

If you find black slacks or skirts that you like, buy an extra pair. Black fades quickly, but having an extra will keep your favorite clothes from wearing out too quickly.

Nature gave women too much power; the law gives them too little.

Storing your bras incorrectly may cause the underwires to poke out after just a few wearings. To keep them from getting twisted, store your bras on a hook in your closet, rather than in a dresser drawer.

We need women leaders. But we need them to have a vision for something.