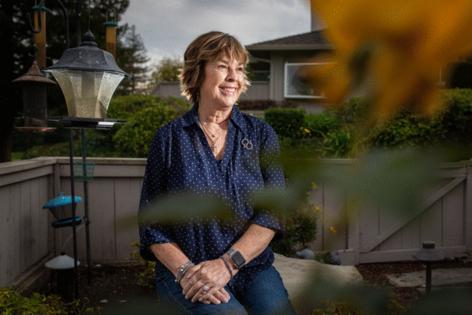 After decades of failure in Alzheimer’s disease research, scientists are buoyed by new findings that could mark a turning point in the field, offering hope that treatment may someday slow the grim deterioration of the brain.

The data, published in the prestigious New England Journal of Medicine and presented to applause at a sold-out conference in San Francisco last week, showed a substantial reduction in damaging brain plaques and some modest slowing of cognitive decline in patients with early disease.

It’s just one study. It’s not known whether, over time, the positive results will persist — or vanish.

But it marks the first time that a drug is proven to alter the underlying biology of the disease and slow its deadly trajectory, setting the stage for progress against one of medicine’s most intractable problems.

“This is not going to be a cure for Alzheimer’s disease. It’s not a drug that will be for all patients,” said neurologist Dr. Gil Rabinovici of the University of California, San Francisco’s Memory and Aging Center.

“This is really just a foothold,” he said. “It’s our first successful attempt to intervene in this complicated biology, and meaningfully intervene in a cascade of events.”

While existing drugs provide some relief from symptoms, they don’t directly affect the disease or prevent its progression.

About 6 million Americans have Alzheimer’s, and the ranks are expected to double by 2050 as the population ages. The disease is very common in the elderly: blood markers are found in about 25% of 75-year-olds, 30% of 80-year-olds and 50% of 90-year-olds. Genetics boost the risk. An estimated 1 in 5 Americans carry at least one copy of an APOE e4 gene, which increases the chance of disease.

The new drug, called lecanemab, is a monoclonal antibody that targets a protein, amyloid, which clumps into plaques in the brains of people with Alzheimer’s. While healthy brains can dissolve amyloid, brains of people with Alzheimer’s disease produce too much of the protein or break it down too slowly. This causes a cascade of other brain problems, such as tangles of a protein called tau, which damage neurons and cause memory problems.

Progress against the disease has been slow because, until recently, it was diagnosed too late, long after brain cells had already died. Now new blood tests can reveal the early onset of plaques and tangles in the brain before symptoms appear — giving intervention a chance.