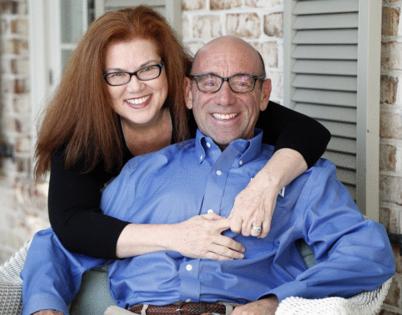 WILMINGTON, N.C. — In 1990, Howell Graham was so weakened by cystic fibrosis that he got winded brushing his teeth. He couldn’t work or socialize, reduced to a half-life with his arm attached to an antibiotics port.

Then at age 28 doctors offered him the stark and risky choice of a double lung transplant — first of its kind at UNC Hospitals and likely the Southeast.

Graham gambled and won, beating what his own surgeon called 50-50 odds and living another 32 years — the world’s longest survival.

“I think about how lucky I am,” he told the N&O in 2017. “My birthday is in February. My transplant month is October, and that is almost more important to me. My second-chance birthday.”

Graham died in early November, a death first reported in The Star-News. At 60, he remained a record-holder.

Well into his 50s, he described his happy life as a partner in his real estate appraisal firm, an avid boater and social butterfly.

His obituary recalled his tendency to pick up stray dogs on the Wilmington streets and search for their owners, usually finding them.

“He also had a soft spot for box turtles, even snappers, moseying across the street or highway,” it read. “He always pulled off the road to pick up or transfer the ambler to a safe zone away from the deadly road. He frequently stopped and gave money to the needy wandering the street, even brought a few souls home to meals.”

The chances for surviving double lung transplants have improved dramatically since Graham’s surgery, and the need for organ donors is dire. But in 1990, keeping transplant patients alive after the procedure had remained puzzling.

“I was so miserable, I didn’t care,” Graham told the N&O. “The transplant would work, or I would be out of my misery. That’s the way I looked at it. I was done. I was done.”

He never forgot that the 14-hour surgery that granted him new life came at the expense of somebody else — in his case a motorcyclist killed in Florida.

He worked with organ transplant groups to calm other patients awaiting the procedure, writing them or giving talks around Wilmington, and his obituary listed the Cystic Fibrosis Foundation among requests for donations.

“He believed that he was so lucky to have his life, his wife and a bounty of devoted friends,” his obituary read, “and that there would be no sickness in heaven.”

BALTIMORE — Cervical cancer, like many illnesses, is treatable if it’s caught early, but each year millions of women miss out on getting routine Pap smear screening for the disease, which kills a disproportionate ...Read More

Lead is toxic for anyone, but children are particularly vulnerable to ...Read More

The former leaders of Outcome Health were greedy fraudsters, the government alleged during opening arguments in their criminal trial Monday morning, while defense attorneys described them as earnest executives who were ...Read More

Classmates often stop Alma Gallegos as she makes her way down the bustling hallways of Theodore Roosevelt High School in southeast Fresno, California. The 17-year-old senior is frequently asked by fellow students about ...Read More