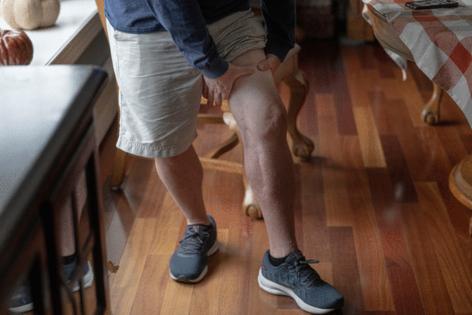 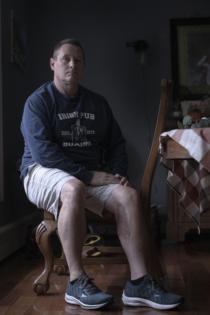 PHILADELPHIA —The way the blood spurted from the bullet wound, Lt. Robert Friel knew he didn't have long.

He crumpled to the floor of the CVS on South 10th Street, unable to move his leg. Friel had never been shot before, but after 28 years with the Philadelphia police, he knew enough to realize the bullet had struck a major artery.

The lieutenant hung on while a colleague subdued his assailant, then finally called out the words that would save his life:

You need to tourniquet me or I'm going to die!

Amid an epidemic of gun violence that shows no signs of abating, Philadelphia is turning more and more to a life-saving tool invented in ancient times: a sturdy strap wound so tightly around an arm or leg that it cuts off the flow of blood.

Tourniquets fell out of favor for much of the 20th century, due to fears that they could cause nerve damage and even lead to amputations. But in Iraq and Afghanistan, the types of injuries suffered by U.S. soldiers prompted renewed appreciation for the blunt-force devices. The evidence was clear: When used correctly, tourniquets are safe and save lives.

What worked during warfare soon found its way to civilian life. Boston issued tourniquets to its police after the 2013 marathon bombing, and Philadelphia followed later that year. Soon, they became standard equipment for construction workers, landscapers, and lifeguards. By 2018, area school districts were including tourniquets in first-aid kits, training teachers and sometimes students.

Community groups are taking up the cause, too. In a city where more than 2,000 people are struck by gunfire each year, knowing how to use tourniquets is a basic life skill, said Christopher Stith, a member of a fraternity that taught city teens to apply the devices at a one-day camp last summer.

"You don't know when that bullet's going to come," he said. "If something happens in front of them, they'll be able to jump into action."

If done right, it hurts