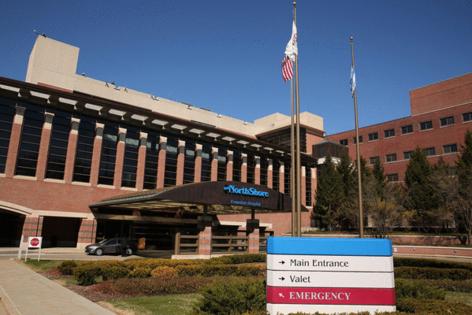 Patients who ask for their doctors’ help through online portals might soon notice something new: fees for their physicians’ online advice.

A growing number of health systems across the country are now charging for some types of messages sent through online patient portals, such as MyChart, with fees often around $35 or less. It’s a trend that’s sparking mixed reactions, with some saying it seems only fair, while others see it as a cash grab.

In the Chicago area, NorthShore University HealthSystem began billing for some types of messages sent over its patient portal, NorthShoreConnect, earlier this month. It joined Northwestern Medicine and Lurie Children’s Hospital in the practice. Nationally, the Cleveland Clinic generated headlines this month when it announced it would start billing for some communications. UCSF Health in California also charges for some messages.

Health system leaders say most messages remain free, and they’re only billing for questions that require more than a few minutes of a doctor’s time and that, in the past, would likely have merited an in-person visit.

“Some of those messages have become increasingly complex and are replacing what may have been a phone consultation or an in-person consultation,” said Richard Gundling, vice president at the Healthcare Financial Management Association, a professional group of health care finance leaders. “None of us wants to sit in waiting rooms anymore after the pandemic. We’re used to telehealth ... we’re just accessing our providers differently now. The health systems are responding in kind.”

Some consumer advocates, however, criticize the trend as greedy.

“This is yet again the big business of health care finding ways to profit at every angle on patients,” said Cynthia Fisher, founder and chairman of Patient Rights Advocate, a Massachusetts-based advocacy group that’s been watching the trend.

She worries some people will now be hesitant to ask their doctors questions, out of fear they could be charged. “It really disadvantages, disproportionately, and harms the very people who can afford it the least,” she said.

NorthShore announced in an email to patients this month that most messages will remain free, but patients might be billed for some requests and questions, such as those about new symptoms, medication adjustments, new prescriptions, flare-ups of chronic conditions and others that require extensive time reviewing a patient’s medical history.

The fees will be billed to patients’ insurance. At NorthShore, the out-of-pocket costs for people on Medicare will range from about $3 to $10, while patients with private insurance and Medicare Advantage may have co-payments similar to those for in-person and video visits, said NorthShore spokeswoman Colette Urban. The cost will be $35 for patients who pay without insurance.

DEAR MAYO CLINIC: My 70-year-old father-in-law smoked for more than 30 years. I read that men who used to smoke should be screened for an abdominal aortic aneurysm. What does this screening involve? What would be done if ...Read More

PHILADELPHIA -- People struggling with opioid addiction will now be able to access an addiction treatment drug from any physician licensed to prescribe controlled substances, rather than having to seek out doctors with ...Read More