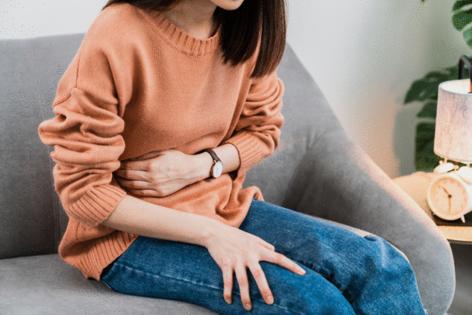 PITTSBURGH — Pancreatic cancer is a silent disease, said Dr. Aatur Singhi, a surgical pathologist at the UPMC Department of Pathology and an associate professor at the University of Pittsburgh. It often is not detected until it has spread to other organs, making it difficult to treat.

To help change that, Pitt scientists led the development of a new gene sequencing tool, called PancreaSeq, to better detect the status of pancreatic cysts. The results of their research — a collaboration between 31 medical institutions around the world and funded partially by the National Cancer Institute — were published in the journal Gastroenterology last month. The new technology is intended to lead to more specialized treatment of patients with cysts.

Around 62,000 Americans are diagnosed with pancreatic cancer yearly, and numbers are increasing, according to statistics from the National Cancer Institute. Pancreatic cancer is often deadly. While it made up around 3% of total cancer cases in 2022, it is responsible for 8.2% of cancer deaths, and survival rates are grim: only 11.5% of people survived five years after their diagnosis.

Pancreatic cysts — which are frequently benign, but can be cancerous — are extremely common: 20% of people over the age of 60 have one. By age 70, the prevalence doubles, hitting 40%. When doctors find a pancreatic cyst, they may opt to watch it. PancreaSeq helps provide more specific information that can tell doctors if they should proceed with surgery or not, and provides a window of opportunity to start treatment to prevent cancer from spreading.

PancreaSeq was able to detect the difference between a cancerous and a benign cyst with 95% accuracy, and even distinguished different types of cysts, called mucinous or nonmucinous. Mucinous cysts have malignant potential, while nonmucinous do not. Current guidelines for assessing whether a pancreatic cyst is cancerous rely on imaging, but the study authors found that PancreaSeq distinguished different types of cysts better than traditional forms of surveillance.

"This test developed at UPMC is going to make a big difference in how we classify and manage patients moving forward," said Singhi, the senior author on the paper. "Our hope is that PancreaSeq prevents overtreatment but at the same time doesn't miss pancreatic cancer," he said in a news release.

The study followed 1,832 patients and tracked the status of their cysts for two years. Doctors obtained fluid from pancreatic cysts through a procedure called an endoscopic ultrasound, which involves passing a tube through the mouth with an ultrasound probe and a biopsy needle attached. Doctors then extract fluid from the cysts with the fine needle and analyze it for genetic mutations associated with pancreatic cancer. The procedure is very safe, said Singhi, much like a colonoscopy.

Singhi said he has been studying the genetics of pancreatic cysts for the last decade, and this genetic test builds on those findings. "We're looking at the true biology of a cyst, not looking at indirect imaging. We have a true understanding of the cyst," he said.

Dr. Roby Thomas, a medical oncologist and hematologist at UPMC Hillman Cancer Center, said he and his team there had recently used PancreaSeq to help a patient. Doctors had found cysts in a patient's pancreas, and using PancreaSeq, they found the cysts were cancerous and put the patient on chemotherapy instead of doing an invasive surgery. Conducting surgery first might have prevented the patient from being able to handle the brutal side effects of chemotherapy.

Thomas, who was not involved in the study, said it was a "really great collaboration" with generalizable results. "Any cyst over the size of one centimeter, they should be able to get. That's pretty remarkable," he said. From that one centimeter, about the size of a pea, researchers could yield less than one milliliter of fluid. They could use that to detect if high-risk cancerous genes were present, if the cyst was either already cancerous, or if it was going to grow bigger and become cancerous.

"This was a really well-done study," Thomas said.

The researchers also identified genes that could be associated with developing pancreatic cysts or cancer, which Thomas said was "super exciting." He said PancreaSeq could act as a model for the treatment of other types of tumors.

Singhi and his colleagues also looked at another pancreatic affliction, called neuroendocrine tumors. These tend to be less aggressive than pancreatic cancer, and patients can live longer, said Singhi. They tested PancreaSeq on these tumors and found that they could predict which ones would become metastatic and which ones would not.

Pancreatic cancer is not one that affords ample time. But PancreaSeq should help ease patients' anxiety by giving them accurate information they can use to move forward with treatment. The test should be covered under UPMC insurance. According to a news release on PancreaSeq, researchers are applying for broader insurance coverage they hope will be approved by the end of the year.