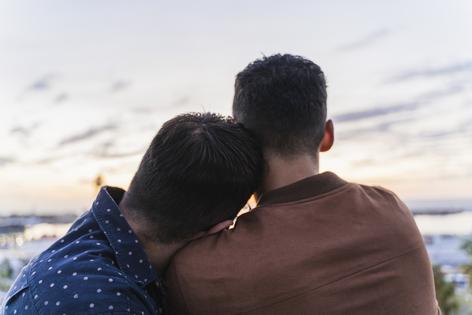 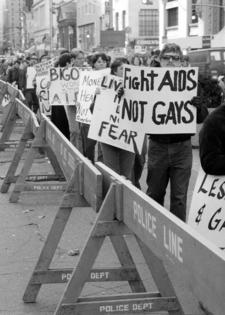 Since the global monkeypox outbreak started to spread this past spring, more people are seeing the term “men who have sex with men,” or MSM, in the news and public health messages. You may have also heard this term in places like HIV prevention campaigns or at the doctor’s office.

I am a behavioral scientist who focuses on reducing health disparities and improving health equity for sexual and gender minority populations at highest risk for poor outcomes. At the most basic level, men who have sex with men is a term that was originally intended to describe the risk of HIV transmission associated with sex between two men. But in reality, MSM describes a diverse group of behaviors and identities, bringing with it a complex web of social, political and cultural considerations about how it’s used.

HIV researchers have used the term “men who have sex with men” since at least 1988 as a way to describe a particular type of sexual behavior that may affect health.

The acronym MSM, however, was introduced in 1994 as a new concept by some researchers and community advocates in response to public health research and prevention efforts early in the HIV/AIDS pandemic. These efforts almost exclusively targeted men based on their sexual identity as gay. Community advocates criticized this approach for excluding Black and Latino men who have sex with men who were affected by the pandemic but did not identify as gay, homosexual or bisexual. MSM was considered to be a more inclusive, less stigmatizing term that could be used to reach a broader range of people.

From a scientific perspective, using an identity-free term like MSM allows medical providers and public health practitioners to bypass the complexities of the social, cultural and political context of sexual orientation. Instead, they can then focus on the behavior that might put someone at risk for an infection such as HIV or monkeypox. This approach is intended to help increase the likelihood of screening, diagnosing and treating those at the greatest risk.

Prevention strategies that target people based on “what you do” rather than “who you are” reach more people who may be affected by a public health concern, including heterosexual men who have sex with men, rather than limiting outreach just to those who identify as gay or bisexual. They offer a larger number of men the opportunity to understand their risk and take the steps necessary for protection or treatment. They also help decrease stigma for those who identify as gay or bisexual.

Despite its usefulness in some contexts, the term MSM has been hotly debated by scholars and community advocates since it was coined. Disagreement on its use is usually grounded in three arguments.

The first is that the term is ambiguous. Some researchers argue that distilling MSM down to “sex between two men” is too simplistic. For one, there are a number of nuances and factors that influence the amount of risk associated with sex between two men, such as how sex is performed and who and how many partners are in their sexual network. There is also confusion about how frequently or recently someone must have sex in order to be considered MSM. And there is no consensus about whether transgender men who have sex with men should be considered MSM.

The second critique is that the term undermines the identities of sexual minority group members, particularly people of color. Many public health researchers use MSM as a neutral term to push back against the idea that there is only one legitimate gay identity. However, some have criticized the term for erasing other sexual identities such as queer, two-spirited and same-gender loving by being the default term used in research, despite participants describing themselves as otherwise.

Finally, the third argument is that the term conceals the social, political and cultural dimensions of health important for public health research and intervention. One of the greatest advantages of MSM is that it is grounded in tangible behaviors that researchers can target for health promotion and prevention efforts. But sexual health is influenced by a constellation of factors, and focusing on behavior alone is often not enough to completely protect against illness.

Beyond sexual behavior, discrimination and social marginalization put sexual minorities at significant risk of poor health outcomes. These can take the form of structural factors, such as anti-gay legislation, and community factors, such as discrimination and stigma. Interpersonal factors like relationship abuse and individual factors like internalized stigma also play a role. These factors increase the risk of mental illness, such as depression and suicidal thoughts, as well as risky health behaviors, such as sex without a condom or while under the influence of drugs.

Almost 30 years since it was introduced, the term MSM is becoming increasingly ubiquitous in both medical and public health spaces. But it does have limitations. Considering the sociopolitical context of whether MSM should be used, rather than using it by default, can help support the self-determination of those who belong to historically marginalized communities.

This article is republished from The Conversation, an independent nonprofit news site dedicated to sharing ideas from academic experts. It was written by: JaNelle Ricks, The Ohio State University. The Conversation has a variety of fascinating free newsletters.

Read more:
How does monkeypox spread? An epidemiologist explains why it isn’t an STI and what counts as close contact

JaNelle Ricks does not work for, consult, own shares in or receive funding from any company or organization that would benefit from this article, and has disclosed no relevant affiliations beyond their academic appointment.

NEWTON, Iowa — Jeff White knows what can happen when 911 dispatchers receive a call about someone who feels despondent or agitated.

He experienced it repeatedly: The 911 operators dispatched police, who often took him ...Read More

An investigation has found that widespread abuse of players in U.S. women’s professional soccer existed despite some of the behavior of coaches being “an open secret.”

Based on more than 200 interviews, ...Read More

Her screen displays a yellow goo, similar in appearance to raw honey, or as the product...Read More

How many parents have heard this from children? It may make parents feel like they're failing, need to find something for the child to do or simply annoyed that children seem incapable of ...Read More

I woke up in a strange bedroom with 24 electrodes glued all over my body and a plastic mask attached to a hose covering my face.

The lab technician who watched me all night via video feed told me that I had “wicked ...Read More

Is there anyone who isn’t aware of breast cancer?

Since 1985, cancer-related nonprofits, along with pharmaceutical firms and other businesses, have sponsored an international campaign to observe October as “...Read More