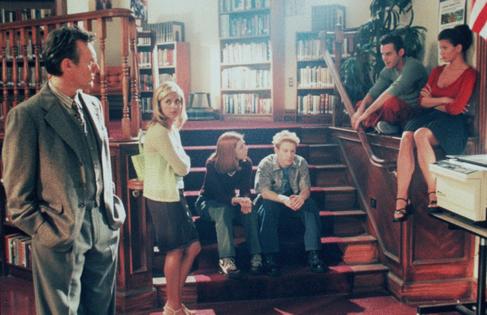 The actor, 51, was rushed to a hospital about two weeks ago because of tachycardia, a condition that makes the heart beat abnormally fast, his sister wrote Tuesday on Brendon's official Instagram account. She also shared images of the actor getting medical attention in an ambulance and what appears to be a hospital.

"Nicky sends his love and wanted me to apologize that he hasn't been going live as much lately and to give everyone an update," she wrote. "Nicky is doing fine now but he had to be rushed to emergency about two weeks ago because of a cardiac incident (tachycardia/arrhythmia)."

Representatives for Brendon did not immediately respond Thursday to the L.A. Times' request for comment.

The post also said that the "Criminal Minds" star had a similar health scare after he had a second spinal surgery last year to manage cauda equina syndrome, a rare condition in which the nerve bundles in the lumbar or sacral spine are compressed or not functioning properly.

"He is trying to get a little more rest and has been concentrating on medical appointments," his sister said in the post.

Last year, Brendon underwent surgery after suffering paralysis in his genitals and legs, the Daily Mail reported, which his manager claimed resulted from Brendon sleeping on the concrete floor of a jail cell last year after he was arrested in Indiana on suspicion of prescription fraud and falsely informing officers of his identity.

The jail stay aggravated Brendon's spinal problems, and he struggled to walk amid "deep-seated medical problems and immense pain," his manager, Theresa Fortier, told Daily Mail in September. It also forced him to pull out of promoting the psychological thriller "Wanton Want," which Brendon had hoped would redirect from the headline-grabbing legal woes associated with him over the last decade.

Brendon was released from the Vigo County Jail on his own recognizance and reached a plea agreement in February, WLFI reported.

The actor was previously arrested for grand theft, resisting arrest, battery against a peace officer and criminal mischief, building up rap sheets in California, Idaho, Florida and New York. He famously walked off "Dr. Phil" in 2015 and said he had been battling depression and substance abuse issues.

In 2020, Brendon struck a plea deal after allegedly attacking his girlfriend at a Palm Springs, California, hotel in 2017. Brendon agreed to serve three years probation and complete a 52-week domestic-violence course, along with 20 hours of community service, as part of the deal, according to the Desert Sun. The felony charge of inflicting corporal injury on a spouse was reduced to misdemeanor domestic battery.