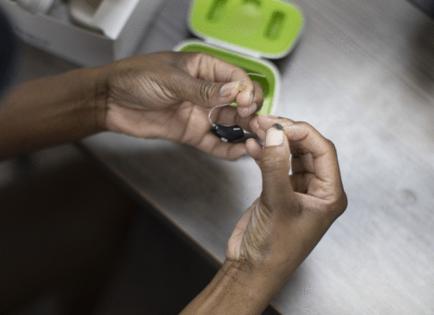 The move is expected to lower prices for the devices, some of which cost several thousand dollars and often are not covered by insurance.

Some audiologists pushed back against the agency’s original proposal in October, warning that these “over-the-counter” devices might be too loud, and that consumers would lack the training to adjust them safely and effectively. The FDA responded by lowering the maximum allowable sound output for such devices, and it also tweaked the final rule in other ways.

Until now, consumers could buy hearing aids only from audiologists or other trained technicians. Bipartisan legislation in 2017 required the creation of this new over-the-counter category, which had been long sought by consumer advocates such as the Hearing Loss Association of America. But the FDA took years to hammer out the details.

“Hearing loss is a critical public health issue that affects the ability of millions of Americans to effectively communicate in their daily social interactions,” he said. “Establishing this new regulatory category will allow people with perceived mild to moderate hearing loss to have convenient access to an array of safe, effective and affordable hearing aids from their neighborhood store or online.”

Here’s what to know about the new rule:

-- Who can get a hearing aid over the counter?

The rules allow such devices to be sold to any adults with a “perceived mild to moderate hearing loss.”

Some audiologists have questioned how well consumers could perceive their own level of hearing loss.