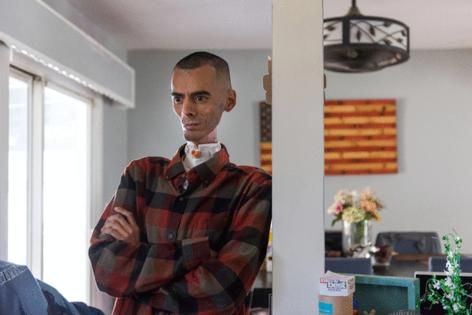 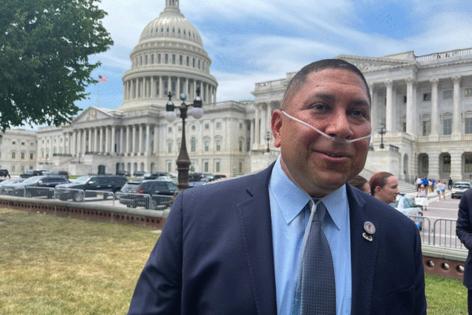 The battle was just beginning for Le Roy Torres and his wife, Rosie, when the Army captain returned to Texas in 2008, already starting to suffer from the toxic substances he’d inhaled from the 10-acre burn pit at Camp Anaconda in Balad, Iraq.

Along the way, Le Roy would lose the job he loved as a Texas state trooper and take his fight all the way to a Supreme Court victory. He would be rushed to the emergency room hundreds of times, be denied health benefits by the Department of Veterans Affairs for years, attempt suicide and seek experimental cures for the damage done to his lungs and brain.

Amid all that, Le Roy and Rosie founded an organization to help others and push Congress to fix the laws that allowed the suffering of veterans to go on, and ultimately enlist people like comedian and activist Jon Stewart, who helped them win a dramatic showdown in the Senate last week.

Their struggle will never really be over. But the Torreses’ campaign to make sure no other veterans experience what they had to ends Aug. 10, when they are set to join President Joe Biden as he signs a law to guarantee that 3.5 million American warriors exposed to similar hazards can get care.

“I mean, to think that 13 years ago we were walking the halls (of Congress) — it’s really emotional,” Rosie said recently, halting to collect herself and wipe back tears, “because I think of all the people that died along the way.”

The bill provides a new entitlement program for veterans who served in a combat zone in the past 32 years. If they are diagnosed with any of 23 conditions identified in the legislation — ranging from specific cancers to breathing ailments — they would be deemed automatically eligible for health coverage. The Congressional Budget Office estimated the new benefits would cost $280 billion over the next 10 years.

Most veterans — nearly 80% — who start experiencing symptoms after leaving the service get denied what’s known as a service connection when they seek help from the VA. The system has been designed to disbelieve them, the veterans complain. They must prove their breathing problems or cancers came from the toxic trash smoke they breathed overseas, which is extremely difficult.

When Le Roy got home from the Balad Air Base — the second-largest U.S. post in Iraq and where the military incinerated tons of debris daily, including plastic, ammunition and medical waste — he was already sick. He was rushed to the hospital a few weeks later with a severe respiratory infection.

He had expected to keep working as a state trooper, but by 2010 it was clear he couldn’t perform all the duties because of his illness. When he asked for a different job with the Texas Department of Public Safety, he was denied. He was told he had to resign if he wanted to apply for medical retirement. The retirement request was then rejected. So he sued and eventually took the case to the Supreme Court, which in June ruled that states were not immune from such lawsuits by service members.

In those early years, the military and VA doctors couldn’t say what caused his breathing problems and splitting headaches. As with other victims of toxic exposure, diagnoses proved to be difficult. Some doctors suggested the problems weren’t real — a pronouncement often encountered by other vets whose claims are denied.