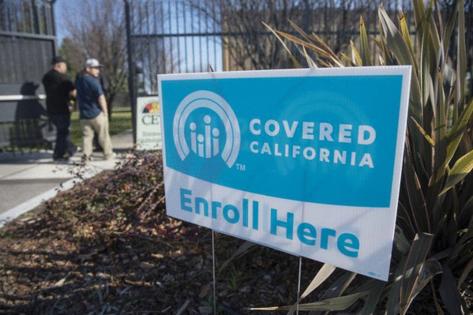 Two out of every three California residents qualified this year for a health insurance premium of $10 or less through Covered California, but those rates will skyrocket next year without congressional action.

It looks like U.S. legislators are about to vote on legislation that would extend the federal financial assistance that drastically lowered premiums last year and in 2022. The vast majority of enrollees received some sort of subsidy as a result of the American Rescue Plan, a 2021 federal law aimed at easing the economic pressures from the COVID-19 pandemic. That financial help is set to expire at the end of this year.

“Extending these subsidies will be crucial in keeping coverage affordable for the 1.7 million people enrolled in Covered California,” said Jessica Altman, the executive director of Covered California. “Increased affordability allows more people to get covered and provides access to quality coverage at a time when health care continues to be important for every Californian.”

Consumer advocate Anthony Wright said the legislation was so effective because it capped premiums at 8.5% of income for all enrollees and even less for lower income consumers.

“It’s really critical that we extend his help, especially in a high cost-of-living state like California where people need that help up and down the income spectrum,” said Wright, the executive director of the Sacramento-based advocacy group Health Access.

“The Affordable Care Act thankfully provided help (to households earning) up to four times the poverty level, which is around $110,000 for a family of four, $55,000 for an individual, but in California, there’s a lot of people (making) over that who are struggling to make budgets work, given the cost of housing.”

Senate Democrats are about to begin debating and voting on the so-called Inflation Relief Act that would extend the premium assistance for three years. Health care advocates hope they hurry.

Congress is scheduled to leave shortly for an extended summer recess.

“If Congress is not done before the August recess, things become a lot more difficult for insurance companies and regulators,” said Krutika Amin, a policy expert at the nonpartisan Kaiser Family Foundation.

Companies and regulators are beginning now to set and review rates so that they can offer them to consumers in the fall.

You know by now that high temps and humidity can affect your mood, your child’s behavior, your pet’s well-being and even your favorite zoo animal’s appetite.

Much of the confusion is ...Read More