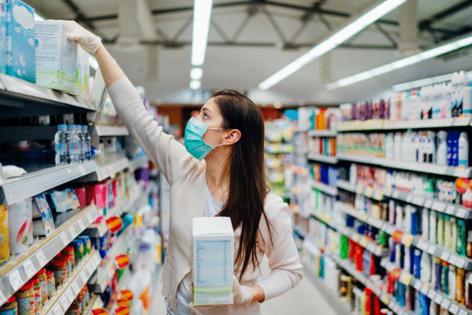 A: To help ease the national shortage of baby formula, the United States government is importing several brands that weren't previously sold here. If you see them in your grocery store or pharmacy, then they have been imported based on special regulations and review to make sure they meet safety and nutritional standards.

They are all brands widely used in Europe and Australia among other places with demonstrated safety.

Here are some other common questions that consumers have now:

How do these imported baby formulas compare to the brands I am used to seeing?

Many of the imported baby formulas will be very similar. But there are some that will be unique in the U.S. market, such as brands made from goat's milk protein. Some of the imported baby formulas are certified as organic; others are not. All should be labeled in English, though instructions for mixing them may use different standards of measurements, such as milliliters rather than ounces.

Are there any other differences in imported baby formulas?

There are several key differences to look for in these new imported formulas. First, you may see on the label "Stage 1" or "Stage 2." Stage 1 formulas are intended for babies in the first 6 months after birth, but generally can be used throughout the first year. Stage 2 formulas are meant for babies over 6 months of age.

Also, if you look at the labels, you may see some differences with typical American formulas. For example, the iron content is usually lower in imported formulas. This is because the rules in Europe and Australia for iron are different than in the U.S. However, there is plenty of iron in these formulas, and you do not need to use an iron supplement unless advised by your pediatrician.

Goat's milk baby formula? Is that OK for an infant?