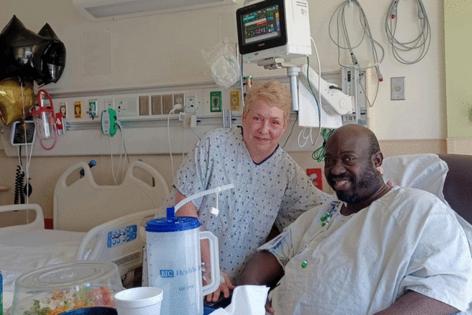 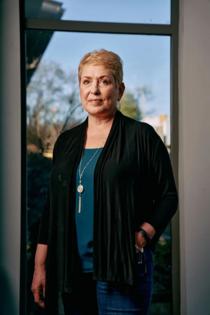 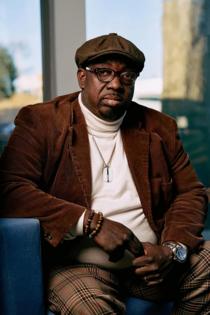 The goal was to see whether Harried’s body would instantly see Holterman-Hommes’ organ as a major threat and attack it before surgeons could finish a transplant. To do that, the technologist mixed in fluorescent tags that would glow if Harried’s immune defense forces would latch onto the donor’s cells in preparation for an attack. If, after a few hours, the machine found lots of glowing, it meant the kidney transplant would be doomed. It stayed dark: They were a match.

“I was floored,” said Harried.

Both recipient and donor were a little surprised. Harried is Black. Holterman-Hommes is white.

Could a white person donate a kidney to a Black person? Would race get in the way of their plans? Both families admitted those kinds of questions were flitting around in their heads, even though they know, deep down, that “it’s more about your blood type — and all of our blood is red,” as Holterman-Hommes put it.

Scientists widely agree that race is a social construct, yet it is often conflated with biology, leaving the impression that a person’s race governs how the body functions.

She’s not talking just about kidney medicine. Race has been used as a shorthand for how people’s bodies work for years across many fields — not out of malice but because it was based on what was considered the best science available at the time. The science was not immune to the racialized culture it sprung from, which is now being seen in a new light. For example, U.S. pediatricians recently ditched a calculation that assumed Black children were less likely to get a urinary tract infection after new research found the risk had to do with a child’s history of fevers and past infections — not race. And obstetricians removed race and ethnicity from a calculation meant to gauge a patient’s ability to have a vaginal birth after a previous cesarean section, once they determined it was based on flawed science. Still, researchers say those race-based guidelines are just a slice of those being used to assess patients, and are largely based on the assumption that how a person looks or identifies reflects their genetic makeup.

Race does have its place during a doctor’s visit, however. Medical providers who give patients culturally competent care — the act of acknowledging a patient’s heritage, beliefs, and values during treatment — often see improved patient outcomes. Culturally competent doctors understand that overt racism and microaggressions can not only cause mental distress but also that racial trauma can make a person physically sick. Race is a useful tool for identifying population-level disparities, but experts now say it is not very useful in making decisions about how to treat an individual patient.

Because using race as a medical shorthand is at best imprecise and at worst harmful, a conversation is unfolding nationally among lawmakers, scientists, and doctors who say one of the best things patients can do is ask if — and how — their race is factored into their care.