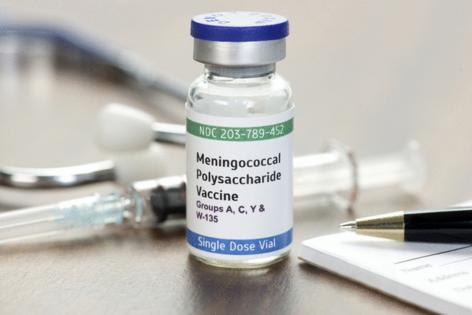 ORLANDO, Fla. — At least six people in Florida have died in what the Centers for Disease Control and Prevention on Wednesday called “one of the worst outbreaks of meningococcal disease among gay and bisexual men in U.S. history,” with state and health officials and LGBTQ+ groups scrambling to alert the public about the deadly disease.

As of Tuesday, the Florida Department of Health has recorded 10 deaths and 44 cases in 2022, more than double the annual average over the last five years: 13 of those were in Orange County, three in Seminole, three in Lake and one in Osceola. At least 26 of those cases and six of the deaths have been linked back to the outbreak, CDC spokesperson Bert Kelly said. Typically, only about 2% to 3% of cases are due to outbreaks, the CDC says.

Meningococcal disease can lead to a bloodstream infection or meningitis, an inflammation of the membranes surrounding the brain and spinal cord. More than 1 out of 10 people who catch the disease will die, even with treatment, and as many as 1 in 5 may face complications such as brain damage or limb loss, the CDC says on its website.

The CDC said it's collaborating with the FDOH to investigate the outbreak, which is occurring primarily in communities of men who have sex with men.

Dr. José R. Romero, director of the National Center for Immunization and Respiratory Diseases, in Wednesday’s news said the disease is highly preventable through vaccination.

“Getting vaccinated against meningococcal disease is the best way to prevent this serious illness, which can quickly become deadly,” Romero said. “Because of the outbreak in Florida, and the number of Pride events being held across the state in coming weeks, it’s important that gay and bisexual men who live in Florida get vaccinated, and those traveling to Florida talk to their healthcare provider about getting a MenACWY vaccine.”

While the bacteria that causes the illness is not as contagious as the germs that cause a cold or flu, it can still spread through close or lengthy contact: for example, kissing or coughing on someone.

As of May 2022, 78% of people with confirmed infections were not up to date on their shots or had an unknown vaccination status, the FDOH said in a May report.

People living with HIV, college students, immunocompromised people, and anyone in the LGBTQ+ community should consider vaccination with a meningococcal conjugate (MenACWY) vaccine during this outbreak, said Kent Donahue, spokesperson for the Department of Health in Orange County.

Donahue said the agency’s epidemiology program has been part of 66 community outreach events since February.

WASHINGTON — A Senate-passed bill to expand health care and disability benefits to veterans exposed to burn pits or other toxic substances during their service has run into a constitutional objection from the House.

DEAR MAYO CLINIC: When my daughter was young, she spent hours playing outside and running around. That happens a lot less now that she is a teen. I'm worried that she is not getting enough exercise. How much does she need ...Read More

SACRAMENTO, Calif. -- Sacramento’s four hospital systems teamed up with WellSpace Health to tackle a longstanding challenge for the region’s homeless residents: Where can they go to get the conditions needed to ...Read More

As the temperature rises in the summer, so does the risk of heat-related illnesses, like heat exhaustion and heatstroke. Over the past 30 years, extreme heat has claimed more lives in America than any other weather-related...Read More

June is Men's Health Month, which makes this a good time to learn more about the benefits of Kegels for men.