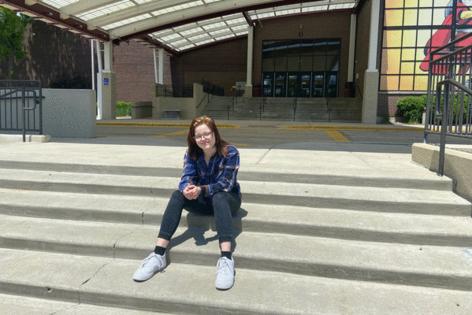 “I’m somebody who struggles with my mental health quite a bit,” said the 17-year-old, who attends school in this suburb of about 77,000 people northwest of Chicago. “When you’re in school and not fully mentally there, it’s like you’re not really grasping anything anyway.”

Now Illinois is giving Linnea and students like her a new option for dealing with mental health lows. The state allows K-12 students in public schools to have five excused absences per school year for mental health reasons, another example of the growing acknowledgment among lawmakers that emotional and physical health are intertwined. The new policy, which went into effect at the beginning of 2022, passed both chambers of the state legislature unanimously.

But such novel policies are, in many ways, a half-step toward addressing the crisis of teenage mental health that has been highlighted and exacerbated by the educational interruptions caused by the pandemic. Many parts of the country are woefully short of therapists who can work with students to address mental health problems.

Nearly half the nation lives in a designated mental health worker shortage area, according to government data, and an estimated 7,550 new professionals are needed to fill that void nationwide. Even in places where mental health professionals are more plentiful, they often do not accept public insurance, making them inaccessible to many kids.

In other states where lawmakers have implemented policies that allow students to take mental health days — including Arizona, California, Colorado, Connecticut, Maine, Nevada, Oregon, Utah, and Virginia — a lack of services for young people remains a concern.

Schools in Colorado, Indiana, Maryland, Utah, and Washington, D.C., have tried to narrow the gap through less costly solutions, such as in-class meditation, mindfulness rooms, and social-emotional learning. The latter became a curriculum target of conservative lawmakers in recent months.

In a 2020 Mental Health America survey of young people’s greatest mental health needs, the top responses from 14- to 18-year-olds were access to mental health professionals and mental health absences or breaks as part of school or work.

“The more we can shift to a prevention mindset and integrate mental health promotion into schools from a young age, I see that as very key to helping reduce the needs for treatment that we see in young people,” said Tamar Mendelson, director of the Center for Adolescent Health at the Johns Hopkins Bloomberg School of Public Health.