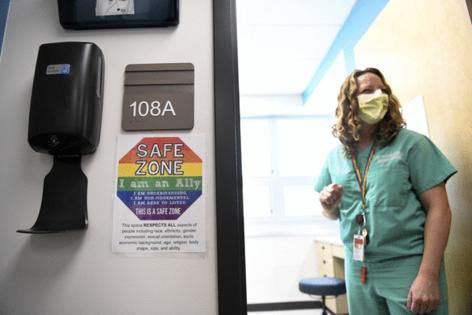 A bill awaiting Gov. Jared Polis’ signature that would fund training for Colorado health care providers to help them better work with diverse populations is a good start, but it won’t address all the ways the system leaves some people out, advocates say.

HB22-1267, which cleared the legislature on the penultimate day of the session, would create a $900,000 grant program to hire contractors to train health care providers on how to provide culturally responsive care to “priority populations.” Polis hasn’t said if he will sign the bill.

The definition of priority populations is broad, including people of color; veterans; LGBTQ people; people who are homeless or in the criminal justice system; people who have HIV or AIDS; older adults; “children and families”; and people with disabilities.

While the boards overseeing medical licensing would be ordered to encourage providers to complete the training, there’s no penalty to providers that don’t.

Interest in how to better serve different patients seems to growing, especially since the pandemic highlighted existing health disparities, said Robert King, vice president of diversity, equity and inclusion at Colorado Access, which manages care for a portion of Colorado’s Medicaid members and purchased some lessons from an outside vendor to offer providers.

Training can cover issues like bias, privilege and how the way systems failed people of color — or actively harmed them — in the past influences whether they trust medical providers today.

“Training itself will not get to sustainable outcomes, but it is a necessary ingredient,” King said.

In a September 2020 poll by the Pew Research Center, about 76% of Black respondents thought they were less likely to be treated fairly in medical settings than white people. The majority of white respondents didn’t believe Black people were more likely to face unfair treatment. The poll didn’t ask whether other groups were treated unfairly.

Interactions between providers and patients can be intimidating, especially if there’s a difference in culture or social class, said Robert Friedland, director of the Center on an Aging Society at Georgetown University. Knowing that patients from other communities may have different ideas than their doctors, such as whether a brain-dead person should be considered dead if their heart hasn’t stopped beating, can help set up better conversations, he said.

“I think a lot of this centers around the issue of communication and understanding,” he said. Cultural responsive care is “a package of tools and sensitivities.”