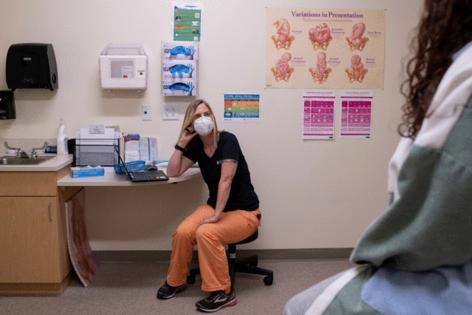 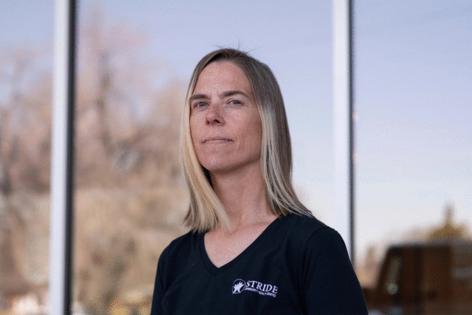 Shaunti Meyer, a certified nurse-midwife and medical director at STRIDE Community Health Center in Colorado, doesn’t usually disclose her sexual orientation to patients. But at times it feels appropriate.

After telling a transgender patient that she is a lesbian, Meyer learned the woman had recently taken four other trans women, all estranged from their birth families, under her wing. They were living together as a family, and, one by one, each came to see Meyer at the Aurora clinic where she practices. Some were at the beginning of their journeys as transgender women, she said, and they felt comfortable with her as a provider, believing she understood their needs and could communicate well with them.

“They feel more connected because I’m part of the community,” Meyer said.

Research shows that when patients see health providers who share their cultural background, speak the same language, or mirror their experiences, their health care outcomes improve. Now, Colorado is trying to help patients find such providers. As part of this effort, the state is asking insurers offering certain health plans to collect demographic information, such as race, ethnicity, disability status, sexual orientation, and gender identity, from both health professionals and enrollees — a move that some health care workers say could threaten their safety.

A new state law takes effect later this year that requires insurers to offer the “Colorado Option,” a plan on the state-run Affordable Care Act marketplace with benefits that have been standardized by the state. Colorado is requiring those plans to build out culturally responsive provider networks, with a diverse set of health practitioners who can meet the needs of a diverse population.

Some other states — including California — and Washington, D.C., require plans sold on their health insurance marketplaces to collect demographic data from patients, although not providers, and patients are generally asked only about their race and ethnicity, not their sexual orientation or gender identity.

“Nobody knows how many particular racial or ethnic identities they might have among their providers, what the percentages are, and how they correspond with the communities that they serve,” said Kyle Brown, Colorado’s deputy commissioner for affordability programs. “Traditionally, data like this isn’t collected.”

The state and insurers will be able to see how similar the plans’ patient and provider populations are and then work on ways to narrow the gap, if needed. For example, a plan might find that 30% of its enrollees are Black but that only 20% of its providers are.

Colorado had considered including providers’ demographic data in directories so patients could use it to choose their doctors. But after physician groups raised privacy concerns, the state opted to make reporting of the demographic data by providers voluntary and confidential. That means insurers must ask, but the providers can decline to answer. And the data collected will be reported to the state only in aggregate.

State officials and consumer advocates hope that the demographic data could eventually help inform patients. But, for now, the physician groups and other stakeholders fear that making the data public could subject some providers, particularly LGBTQ+ people, to harm.