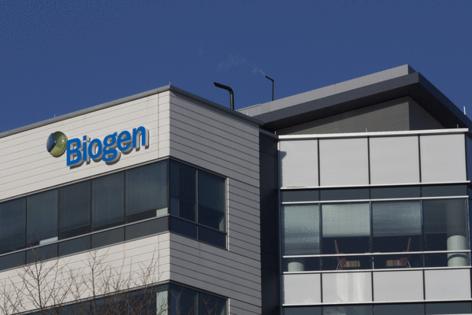 Reinstein is just 60 years old, and Hall is 54. Both of them have young adult children. Yet both already struggle with driving, and they can no longer work because their minds don’t function as they once did.

They’re two of the 200,000 Americans who suffer from early-onset Azheimer’s disease, a group of people who received crushing news Tuesday when Medicare proposed limiting their access to a potential treatment called Aduhelm meant to slow the march of their debilitating illness.

When the government’s Centers for Medicare and Medicaid Services announced the news, it was a bombshell for Hall, Reinstein and others like them. Despite living 700 miles apart, the two are bound together by both their earth-shattering diagnoses that forced them to quit satisfying jobs in their 50s and their quest to slow the inevitable cognitive degeneration brought on by the disease. Their greatest hope as of late was that Aduhelm, Biogen Inc.’s controversial Alzheimer’s treatment, could help enhance the quality of their still relatively young lives.

"Terrible. Horrible,” said Hall, who until 2019 was general counsel for the Manatee County Sherriff’s Office, a half-hour south of St. Petersburg, Florida, across the Sunshine Skyway Bridge. “I wasn't prepared for that. I didn't see it coming."

"I’m one of the hundreds of thousands who could benefit and we can’t get it,” said Reinstein, who until a few years ago worked as an assistant city manager in Fayetteville, North Carolina. “You deflated the hope. Now what?”

All told, some 6 million Americans suffer from Alzheimer's, about half of whom the National Institute on Aging says may have mild symptoms, the target group for Aduhelm. But it's an especially cruel blow to those in the prime of their lives. Hall and Reinstein are involved in an advocacy network for the disease that voiced its outrage over Medicare’s preliminary decision. The Alzheimer’s Association called it “shocking discrimination” that will leave only “a privileged few” the ability to get the monthly infusions of the drug.

Though younger than 65, Hall and Reinstein qualify for Medicare because of their condition. The unusual proposal not to fully cover Aduhelm reflects Medicare’s doubt that the drug will do more good than harm. The Food and Drug Administration approved the infusion last June without clear evidence it works, resulting in a firestorm of bad press and a congressional investigation. The drug also has serious side effects: headaches, dizziness, falls and even brain bleeds.

Yet despite all the drawbacks, Reinstein and Hall were eagerly awaiting their chance for treatment. When you face a future of not knowing your own grandchildren or needing help with every little task, what else are you going to do?

“I’m willing to be a guinea pig,” Reinstein said. “All we’re looking for is an opportunity.”

Stephen Kavalkovich serves on the planning board of his Burlington County, New Jersey, hometown, where he also became an emergency medical technician, began his recovery from opioid addiction, and founded a shamanic ...Read More