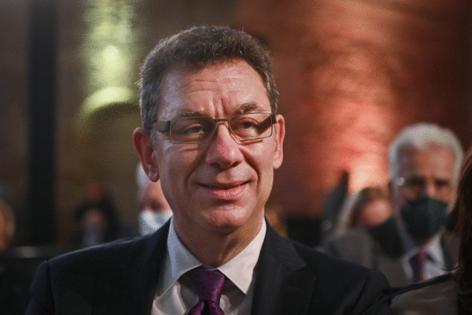 JPMorgan Chase & Co.’s annual healthcare conference in San Francisco, which will wrap up on Thursday, has long been considered the industry’s flagship event. Executives flock to outline priorities for the year ahead, or set plans in motion behind closed doors. It's a stage on which to announce deals or a setting for clinching them.

However, after the omicron variant caused a surge in coronavirus cases, the event, now in its 40th year, was forced to go virtual for the second January in a row. While that meant less mingling over cocktails and more squinting at laptops, there’s still plenty to be divined from the health sector’s favorite crystal ball.

RNA Is Having a Moment

Those at the upper echelons of the drug industry constantly ask themselves: “How do you not miss the next big thing?” At this year’s conference, executives set their sights on the messenger RNA technology behind Pfizer Inc. and Moderna Inc.’s Covid-19 vaccines.

Pfizer announced a trio of small deals on Monday to bolster its development of mRNA products. The technology is likely to have uses in infectious disease, rare diseases and cancer, Chief Executive Officer Albert Bourla said in an interview. Other large pharmaceutical companies also signaled interest in drug candidates based on the information-carrying part of cells. Amgen Inc. could potentially pay billions to Arrakis Therapeutics Inc. through a new RNA collaboration, while Eli Lilly & Co. and Johnson & Johnson have said they’re monitoring the emerging field for assets.

For yet another year, megadeals were absent from the conference. Instead, drug giants including Pfizer, Amgen and Bayer AG turned to partnerships. Such pacts give big companies a way to dabble in exciting but unproven technology without making a huge bet. “Partnerships will give us exactly what we want without dedicating the amount of capital that would be needed if we wanted to acquire the companies,” Bourla said, noting Pfizer’s success with vaccine partner BioNTech SE. While research, development and commercialization collaborations give small drugmakers needed cash, they might not provide immediate gratification to investors who want to see buzzy names scooped up at a premium.

The Pandemic Remains the Story

As the conference kicked off Monday, the U.S. reported more than 1.4 million new virus infections—the highest daily count recorded by any country in the world. Hospitalizations and deaths are also rising.

Long before it was proclaimed a modern-day superfood, spirulina was reportedly cultivated and consumed in Aztec culture. Today, EN explores the popularity and proof behind spirulina.

Spirulina is a microscopic...Read More

Often, the skin can be a window to what is occurring inside your body. For women with polycystic ovary syndrome, or PCOS, this this may mean acne, hair loss, excessive facial or body hair growth, dark patches on the skin, ...Read More

DEAR MAYO CLINIC: My doctor told me that I have congestive heart failure and I have to change my lifestyle, including my diet. What kind of diet should I be on?

ANSWER: When patients have congestive heart failure, their ...Read More

SACRAMENTO, Calif. — In any other year, Gov. Gavin Newsom's proposal to add an estimated 700,000 immigrants without legal status to the state's health care program for low-income residents would be a monumental lift. On ...Read More

As waves of the coronavirus battered the U.S., parents of young kids could comfort themselves with the knowledge that COVID-19 tends to have milder effects in children and that most — but not all — kids who get ...Read More