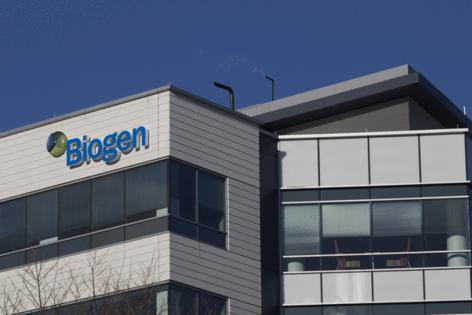 Coverage of Biogen’s therapy, sold under the brand name Aduhelm, and other amyloid-targeted Alzheimer’s therapies, will be limited to people participating in qualified clinical trials, the Centers for Medicare & Medicaid Services said in a statement on Tuesday.

The decision is preliminary and will be followed by a 30-day public comment period. A final determination is due in April. The policy will set national rules for how Medicare treats Aduhelm and similar drugs that may follow.

CMS’s demand for more evidence before it will pay for Aduhelm, priced at $28,200 a year, comes six months after the Food and Drug Administration granted the drug an accelerated approval. The clearance was given on the condition that the drugmaker conduct an additional trial to confirm the drug’s benefits, but regulators said at the time that giving patients access to a potentially game-changing therapy was a priority.

However, CMS officials indicated that they see the balance of risks differently. The agency chose one of its most stringent standards for reimbursement, restricting coverage only to people in randomized trials.

The agency said it did a thorough analysis that found that, while Aduhelm could help patients with the memory-destroying disease, there is also the potential for harm. Headaches, dizziness, falls and even brain bleeds could be possible side effects, officials said in a statement.

“Our foremost goal is to protect beneficiaries from potential harm from an intervention without known benefits in the Medicare population,” said Dr. Lee Fleisher, CMS Chief Medical Officer and Director of the Center for Clinical Standards and Quality, on a call with reporters.

According to a summary posted on the Medicare website, qualifying studies must be randomized controlled trials, and must examine whether using amyloid therapies results in statistically significant difference in cognition and function for people with mild Alzheimer’s.

CMS officials emphasized that the trials must be representative of the population of Medicare patients with Alzheimer’s, which disproportionately affects people of color in the U.S.

COVID-19 vaccines protect you from getting sick. The Centers for Disease Control and Prevention (CDC) says people who are up to date with their COVID-19 vaccinations and booster shots are well-protected from serious ...Read More

DEAR MAYO CLINIC: I threw out my back doing yardwork. While I was laid up for a few weeks, I'm OK now. I'm concerned I will reinjure my back shoveling snow this winter. How can I protect my back while shoveling?

ROCHESTER, Minn. — Winter is a wonderful time of year, especially if you can avoid slipping, falling and getting hurt.

Sanjeev Kakar M.D., a Mayo Clinic orthopedic surgeon who specializes in injuries to the hand and ...Read More

There are various types of COVID-19 tests that people may choose from to find out if they are infected with the virus.

Q: What can I do to protect my family from lead exposure? Should I have my children tested?

A: Protecting children from exposure to lead is important to lifelong good health. Even low levels of lead in the blood have been...Read More

The Centers for Disease Control and Prevention (CDC) has updated its recommendations for the Pfizer COVID-19 vaccine to expand the use of a single booster dose to 12- to 15-year-olds.