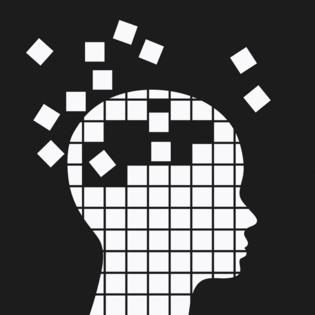 Chris J. Hanson was preparing to leave his beachfront hotel on the last day of vacation when his mind started malfunctioning in a rare and mysterious way.

As he put on a shirt, he told his wife, Bobbi-Jo, that he wished they'd spent more time on the balcony. She was puzzled. He'd just been on the balcony, and they had eaten several meals there.

He did scare her. Afraid he was having a stroke, she rushed him to a Miami hospital. Every 15 seconds or so, he'd ask the same questions. "Where am I?" "Where's my phone?" "Where's my wallet?" He remembered who he was. He remembered Bobbi-Jo and their kids. But the last six months were a blank, and he wasn't making any new memories.

He teared up when Bobbi-Jo reminded him that he had bought tickets to an Ultimate Fighting Championship event when they returned home to Colorado Springs. He didn't remember that, either, a sign that something was very wrong.

Eight hours later, a doctor asked whether Hanson knew why he was in the hospital. For the first time, he said yes. A few minutes later, the doctor asked again. Hanson not only remembered why he was there, he remembered that the doctor had asked before. His earlier memories came back just as suddenly as they had vanished, but Hanson, now 51, still doesn't remember what happened during those eight hours.

He had a classic case of transient global amnesia (TGA), an enigmatic form of memory loss that doctors still can't explain 65 years after it was first described. It was unusual enough — about five to 10 of every 100,000 people are diagnosed with it each year — that Hanson's doctor brought some younger colleagues to crowd around Hanson's bed and ask him questions. "They were extremely fascinated," Hanson said. Doctors will tell you that it is rarely good to be a fascinating patient.

Transient global amnesia, though, is an exception to that rule, which is one of the things that neurologists like about it.

TGA does not seem to be a harbinger of worse things to come, and only 5% to 15% of patients have a second episode, said Young, who has studied recurrent cases. The bad news is that it's still very distressing for patients and families.

If you're sick with COVID-19, don't bother trying to find out which variant is causing the infection. Outside of a research study, there is little chance that an individual patient will be able to learn ...Read More

All Americans are protected as of Jan. 1 from unexpected out-of-network medical bills, thanks to the implementation of legislation to ban surprise medical billing, but many lawmakers want the Biden administration to make ...Read More

LOS ANGELES — Hospital workers and other health care employees have been getting infected with the coronavirus in rising numbers as cases skyrocket in Los Angeles County, compounding staff shortages at medical centers ...Read More

Don’t worry, we aren’t going to tell you to stop eating after 5 p.m. However, you might be doing some things from the time you log off work until you hit the hay that are preventing you from seeing the scale move. ...Read More

Keeping your partner — or yourself — up at night with loud snoring? This might be more than a nuisance. About 25% of men and nearly 10% of women have obstructive sleep apnea (OSA), a serious sleep disorder ...Read More

The arrival of a new year always feels like a fresh start, but that feels truer than ever this year as the pandemic continues. While it’s a great idea to take stock of how we handled 2021 and what we might want to do ...Read More