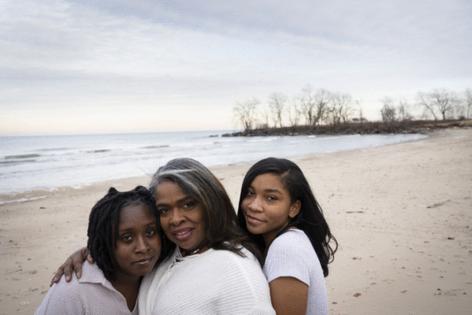 CHICAGO -- As a mother of two teenage daughters who spent her days juggling family responsibilities with her job as a flight attendant, Chicago resident Corliss King had no time in her busy schedule for political activism.

But after an arcane federal labor law allowed her employer, Southwest Airlines, to deny King’s request for paid sick leave to care for her critically ill husband, she was propelled to action to ensure the more than 30,000 aviation workers in Illinois like herself would have access to employer-provided sick leave to care for ill or injured loved ones.

“It didn’t make sense, and I was frustrated that no one could give me an answer as to why airline employees were excluded from the state law,” said King, who this month celebrated a bittersweet victory when the Illinois Sick Leave Act for Aviation Workers was signed into law by Gov. J.B. Pritzker.

While King’s husband, Terrance Hale, died in April 2020 after a battle with renal disease, she said the passage of the new law this month honors her late husband’s legacy.

“It is an incredible gift to be able to give back, despite my grief, knowing Terrance’s life provided something good for so many families,” King said.

King’s crusade began in 2017, when she received a letter from Southwest alerting her that a new law was passed in Illinois allowing paid sick time to be taken to care for family members.

“I remember feeling excited that I was finally going to have some type of financial relief,” recalled King, who said after her husband became critically ill, she was the family of four’s sole breadwinner.

“But then within 12 days, I got another notice telling me that airline workers were excluded from the Illinois law, and at that point, it just didn’t make sense to me,” King said.

“I’m a rule follower, but no one could explain why we were excluded, so it felt like someone had stolen something from me … I was working side by side on flights with co-workers from other states who had that right, and I thought to myself, ‘that’s just not fair,’” she said.

King’s growing frustration with the law unfolded alongside her husband’s worsening condition, which required her to accompany the former owner of a security company and martial arts instructor to his frequent dialysis treatments and other medical appointments.