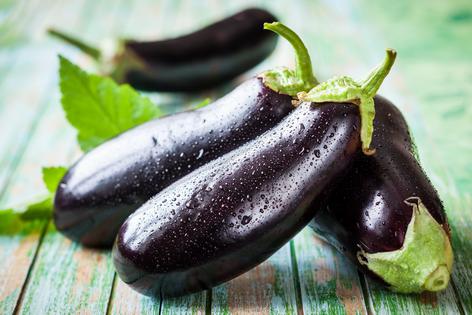 We’ve all heard the term “clean eating,” and how it’s supposed to give us picture-perfect health. For good health, there is obviously nothing wrong with striving to eat mostly lesser processed foods and cooking from scratch more often. But for some people, the quest to clean up their diet can veer into a problematic preoccupation with what they are putting on their plate.

In a disordered eating condition referred to as orthorexia nervosa, there is a preoccupation with eating healthy and only consuming foods someone considers to be clean, says Alexis Conason, PsyD, a New York-based clinical psychologist and author of “The Diet-Free Revolution.”

“Rigid food rules are a hallmark of orthorexia that can become all-consuming and where you have a life that maintaining healthy eating is everything,” she adds.

What starts out as a worthy desire to kick a sugar habit or reduce the intake of packaged foods can morph into an unhealthy obsession to rid one’s diet of anything with sweeteners or multiple ingredients. Gradually, eating can become more restrictive to the point where any foods deemed unhealthy or toxic are eliminated. People may constantly only consider the foods with the highest nutritional value and healthiest cooking methods. For example, someone may eat only grass-fed, organic, non-GMO, low-carb, low-sodium, and non-dairy foods. If they deem the food available to be unhealthy, they may forgo eating.

While an individual begins with good intentions, over time this unhealthy fixation on spick and span eating can have unintended physical and psychological consequences. “Avoiding parties and eating at restaurants with friends and family because you are worried about the healthfulness of the food available can leave you being socially isolated,” warns Conason.

A clean eating obsession can also leave someone being preachy about diet and judgmental toward those who don’t follow their narrow definition of healthful eating to the point where relations with friends and loved ones are impacted. Conason cautions that when self-esteem is so strongly intertwined with food choices depression, self-loathing and anxiety can become common mental health outcomes of orthorexia.

Eliminating food groups is pretty common with orthorexia. And this can leave someone unknowingly setting themselves up for nutritional deficiencies. Over time, nutritional shortfalls can adversely affect cardiovascular, gastrointestinal, neurological, and endocrine health.

While orthorexia doesn’t have an official psychiatric diagnosis like other eating disorders such as bulimia, Conason notes that it’s gaining in recognition as a form of disordered eating in the field. While there is a lack of hard science regarding the prevalence of orthorexia, many experts believe that cases have been steadily rising among both women and men.

The rise of social media likely has played a role. Seeing people you follow flaunting their green smoothies and Buddha bowls as part of restrictive diets can leave you feeling inadequate when dinner ends up being takeout pizza. A report in the journal Eating and Weight Disorders suggests that people who have an Instagram feed dominated by imagery of beautiful, clean foods are at a greater risk for obsessive eating patterns including orthorexia. “These outlets can elicit comparisons where you think you need to eat like the people you follow to look like them,” Conason explains.

It also doesn’t help that marketing terms we see every day on food labels that we’ve come to associate with healthy eating—such as “natural” and “pure”—are ambiguous enough to fit into our subjective definitions and ideals. “With orthorexia, people can have different beliefs of what healthy food is,” Conason says.

Notably, research also suggests that orthorexia may not carry the stigma of other eating disorders, such as anorexia and binge-eating. That means the condition can hide in plain sight, under the guise of healthy eating and good health.

In the end, if someone suspects clean eating food rules have gotten in the way of gleaning any joy out of life, it’s probably time to talk to someone. “Speak to a licensed therapist who specializes in eating disorders or seek help at an eating disorder treatment center,” Conason recommends. Soon a person may once again fret a lot less when enjoying a slice of chocolate cake with friends and family.