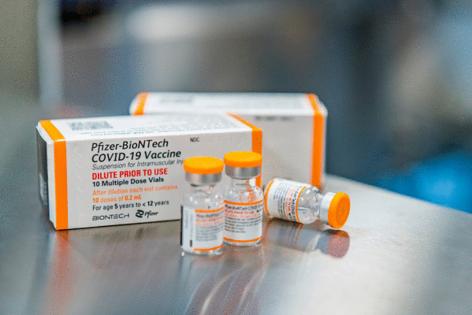 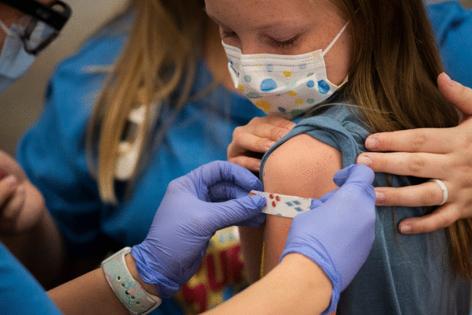 Now that the COVID-19 vaccine is being rolled out for children ages 5 to 11, parents are asking their pediatricians many questions.

One of the most common misconceptions, which doctors heard when teens became eligible as well, has to do with the effect the vaccine might have on future fertility.

It's a myth, says Dr. Elizabeth Knapp, a pediatrician with Austin Regional Clinic.

"Of course, for any new medicine, any new vaccine, we have questions," she said. "Could there be side effects? That's a very rational thought."

Knapp explained that the building blocks of mRNA vaccines such as the Pfizer COVID-19 shot for kids are not new.

She also pointed out that the vaccines affect the immune system, not the reproductive system. "They are two different parts of our body that are not interrelated," she said.

This vaccine has not been shown to affect fertility in adults, both those enrolled in the clinical trials and those who have received the vaccine since December.

Dr. Lisa Hansard, a reproductive endocrinologist at Texas Fertility Center, said even her adult patients who are actively trying to get pregnant should get the vaccine.

She said understanding the science of the vaccine is important. It breaks down rapidly at the injection site to cause the antibody response, she said. "Producing antibodies has never been shown to impact current or future pregnancies," Hansard said.

"It's the science of the mRNA vaccine. There's not a physiological reason that (infertility) risk would exist," she said.

Because the COVID-19 vaccine is not a live virus, it's fine and even encouraged for people trying to get pregnant or already pregnant. Pregnancy and the first few weeks after having a baby put people at an elevated risk of severe COVID-19.

Doctors do worry about fertility and fevers in men and fever causing neural tubal defects in the first trimester of pregnancy.

A fever could reduce a man's fertility temporarily for about three months, but then it should return to normal.

If women are taking 400 micrograms of folic acid, the neural tubal defects can be avoided even if they have a fever.

A fever could happen if a person becomes ill with COVID-19 or as a less common side effect of the vaccine. With the vaccine, Hansard said, you can prepare for that and take acetaminophen (Tylenol) in the first 24 to 48 hours after receiving the vaccine to reduce your chances of getting a fever.

Hansard also hears from people about social media posts involving miscarriages and the COVID-19 vaccine. The truth is that one-third of all pregnancies end in a miscarriage, Hansard said. It's quite possible that someone could coincidentally get a vaccine and also miscarry.

In the data of people in the vaccine test group, there wasn't an increased risk of miscarriage for those who received the vaccine compared with those who got the placebo. Another study since the vaccine was released hasn't shown an increase either, Hansard said.

For parents who might be taking a "wait and see" approach to the vaccine, Knapp said, "This is a public health emergency. We need to keep our neighbors in mind."

When we are all vaccinated, we can go back to having a more normal life, including at school, she said.

Kids who get vaccinated now could be having Christmas with their grandparents and other relatives and not risk giving them the virus.

Parents who have questions about the vaccine should be talking to their family doctor or pediatrician.

"They are happy to talk to you about your individual risk," Knapp said.

ORLANDO, Fla. — Dr. Raul Pino, who became a trusted voice of the pandemic response in the nation’s tourist capital, has been placed on administrative leave from his post as the state’s chief health officer in Orange ...Read More

WASHINGTON — The federal website to order free rapid coronavirus tests went live on Tuesday, ahead of its scheduled Wednesday launch.

Covidtests.gov is an attempt by the Biden administration to remedy nationwide ...Read More

You can now order your free COVID tests from COVIDTests.gov, and the federal government will send them out at no cost to you �...Read More