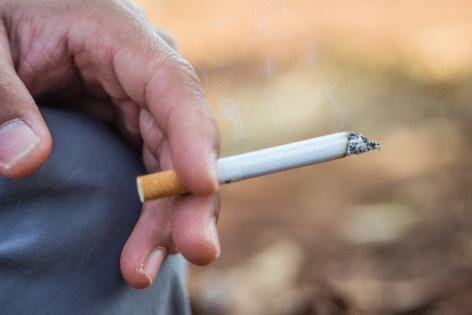 November is National COPD Awareness Month, which makes this a good time to learn more about the risk factors for chronic obstructive pulmonary disease (COPD) and what you can do to keep yourself safe.

COPD is the third leading cause of death by disease in the U.S., with more than 16.4 million people living with the disease, according to the American Lung Association.

This chronic inflammatory lung disease is caused by long-term exposure to irritating gases or particulate matter, most often from cigarette smoke. People with COPD are at increased risk of developing heart disease, lung cancer, pulmonary hypertension and depression. Also, if you have a chronic lung disease such as COPD, you may be at greater risk of severe illness and complications from COVID-19.

Factors that can increase your risk of COPD include:

The most significant risk factor for COPD is long-term cigarette smoking. The more years you smoke and the more packs you smoke, the greater your risk. Pipe smokers, cigar smokers and marijuana smokers also may be at risk, as well as people exposed to large amounts of secondhand smoke.

Asthma, a chronic inflammatory airway disease, may be a risk factor for developing COPD. The combination of asthma and smoking increases the risk of COPD even more.

— Occupational exposure to dusts and chemicals

Long-term exposure to chemical fumes, vapors and dusts in the workplace can irritate and inflame your lungs.

— Exposure to fumes from burning fuel

People exposed to fumes from burning fuel for cooking and heating in poorly ventilated homes are at higher risk of developing COPD.

Unlike some diseases, COPD typically has a clear cause and a clear path of prevention, and there are ways to slow the progression of the disease. The best way to prevent COPD is to never smoke or to stop smoking now.

If you're a longtime smoker, you may have tried quitting many times and realize how hard it can be to quit smoking. But keep trying to quit. It's critical to find a tobacco cessation program that can help you quit for good. It's your best chance for reducing damage to your lungs.

DEAR MAYO CLINIC: I have a painless mass in my palm that has been getting larger over the past year or so. It is firm, and when I extend my fingers, I feel it stretch like it is under tension. What is this mass, and how do...Read More

PHILADELPHIA — Andrew Newberg, a doctor trained in medical imaging and nuclear medicine, has long studied what he calls neurotheology, the science of what spirituality in the form of prayer, meditation, mindfulness, even...Read More

Cases of COVID-19 caused by the omicron variant have been detected in the U.S., according to the Centers for Disease Control and Prevention. Mayo Clinic experts are actively monitoring the new variant to better understand ...Read More