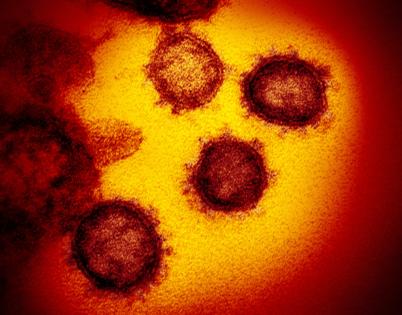 With the pharmaceutical company Merck applying in October for emergency authorization of its antiviral pill treatment against COVID-19, North Carolina and the rest of the country soon may see its first widely accessible treatment against the disease.

And Merck’s drug, known as molnupiravir, is promising. It can cut someone’s chance of hospitalization in half, the company says, just by taking pills from a local pharmacy for a few days.

But health experts told The News & Observer that treatments are no replacement for the safe, effective prevention we already have against the coronavirus: the COVID-19 vaccines.

“I’d rather prevent a fire than put out a fire,” said Dr. David Wohl, infectious disease expert at UNC-Chapel Hill.

Here’s why you should get vaccinated, if you haven’t done so already, instead of waiting for treatments.

Vaccines keep people out of the hospital

Molnupiravir, as an oral pill, is an accessible and easy way to treat COVID-positive patients.

And it could keep people out of the hospital. Preliminary data suggests Merck’s pill could reduce the chance of hospitalization by 50%.

But it’s not nearly as good as the vaccines.

A September study from the Centers for Disease Control and Prevention found that the vaccines from Moderna, Pfizer and Johnson & Johnson were, respectively, 93%, 88% and 71% effective in preventing hospitalization.

Dr. Cameron Wolfe, infectious disease specialist at Duke University, said he would always recommend the vaccine over treatment, if he had to choose.

“If you’re using this or using any oral treatment, for that matter … and assume that’s a way to get away from getting vaccinated, you are fundamentally misunderstanding the degree to which it protects you from hospitalization,” Wolfe said. “They are not that effective. If I could give a person one vaccine or give them a course of molnupiravir, I would give them the vaccine in a heartbeat.”

With 55% of North Carolina fully vaccinated — over 5.8 million people — the sample size is large enough to know it saves lives.

A study in August from the N.C. Department of Health and Human Services found that those people who are unvaccinated are more than four times as likely to catch COVID-19 and 15 times more likely to die from the disease, The N&O previously reported.

“The vaccines definitely protect against infection,” Wohl said. “You don’t get long COVID unless you get COVID ... and, of course, everything in between, which could be severe infection, progression to getting intubated, requiring a ventilator and dying.”

Wohl said molnupiravir could potentially be used to prevent infection, much as Tamiflu is used against influenza, but that there isn’t enough data to make that determination.

‘They work best together’

Health experts told The N&O that treatment and vaccines should be thought about how they work in tandem, not separately.

“This is a layered approach. Masks work. Distancing works. Vaccination works, and therapeutics work. But they work best together,” said Wohl, who also helped research molnupiravir during clinical trials.

Dr. William Fischer, director of emerging pathogens at the UNC Institute for Global Health and Infectious Diseases, said the drug will help treat those in countries without access to vaccines and monoclonal antibodies, another treatment that must be given through IV or a shot at a clinic or physician’s office.

That can be difficult to arrange in countries such as the U.S. and impossible in less developed ones.

“You could argue that we have the tools right now to be able to manage this infection. The problem becomes with getting access to these therapies and then globally getting access to the vaccines,” said Fischer, who also led clinical trials of Merck’s drug. “This is really where an oral drug serves as a complement to our current strategies, because it’s able to overcome the logistical barriers.”